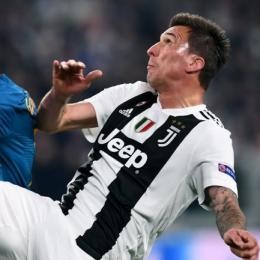 While a Manchester United move of his is in jeopardy, former Croatian international striker Mario Mandzukic (33), leaving Juventus in January, due to the outcast position he's going through since last summer, has reportedly been targeted by MLS new franchise Inter Miami, co-owned by David Beckham. Besides being tracked by CSL and Qatar Stars League sides, Mandzukic has been screened by more clubs, including Bayern Munich, Borussia Dortmund, West Ham, and AC Milan.