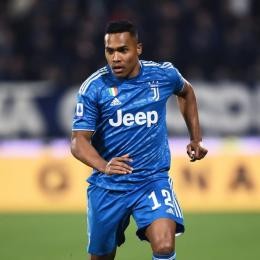 According to Corriere dello Sport, Juventus manager Maurizio Sarri isn't totally on about letting Brazilian international left-back/winger Alex Sandro (29) leave. Playing for Bianconeri since 2015/16, former Porto man is tracked by Chelsea, Manchester City, and PSG, and might be pullled into swap-deal talks as a bargain with all of them. Serie A defending champions old-timer's market worth is esteemed around 37.5 million euros.