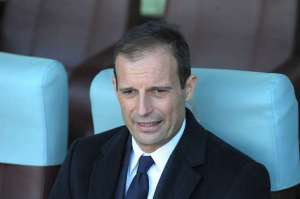 Juventus coach Massimiliano Allegri is taking nothing for granted ahead of his side’s Coppa Italia second-leg encounter against Inter, and has demanded the full attention of his players.

The Bianconeri brushed aside their rivals 3-0 in the first leg, but the Italian tactician won’t allow his side to sit back on Wednesday evening.

“Winning the first leg by three goals was positive for us,” Allegri told the media, at his pre-match press conference.

“However, losing is never good so we will need to score, otherwise we will make it difficult for ourselves.

“We have not achieved anything yet, all we can do is think about what needs to be done tomorrow.”

Allegri then turned his attention towards defender Giorgio Chiellini, who limped off in Sunday’s 2-0 Serie A victory over Inter.

“I will have a look at Chiellini today and make a decision on him later,” the 48-year-old continued.

He then discussed the status of other squad members and provided a glimpse into his probable starting XI.

“Roberto Pereyra might play depending on the formation that I use,” Allegri noted.

“Daniele Rugani has done well in his limited minutes and could feature tomorrow alongside Andrea Barzagli.

“Due to a muscle problem, Patrice Evra will not play.”