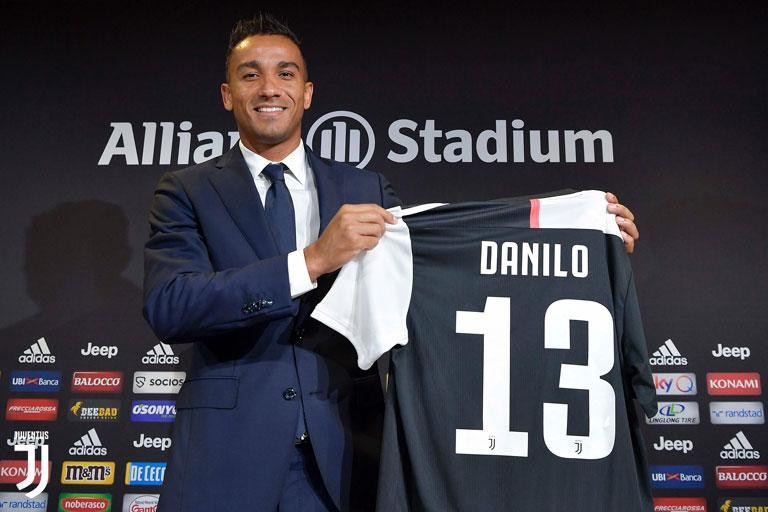 The new Bianconeri's defender Danilo spoke to the media about joining Juventus.

“The first impressions of Juventus have been good. I have been welcomed warmly and I feel great being here these first few days,” he said. “There were already discussions with Juventus in the past, but I believe that this is the right moment to be here.”

He then added: “We need to deal with every match and every competition very seriously. Every winning team aims to do that, and we need to play to win and at the highest level at every time.”

ALEX SANDRO’S IMPACT
“Alex Sandro was very important to my choice. He gave me a lot of information about Juve, and it’s lovely to have a friend here in the team with me. We have been friends for 10 years now."

ABOUT SARRI’S STYLE
“Sarri has a very particular style. He likes to command play. Napoli and Chelsea are two different teams who are difficult to face. I like his style of player very much and I am ready to learn and evolve every day. Sarri has asked me to be very attentive in the defensive phase of the game, and that I am free to express my potential.”

ON RONALDO
“I also spoke to Ronaldo before coming here. I said to him that I wanted to take the number seven jersey, but it was already taken. He spoke very highly of Juventus and to play with him will be an extra motivation. I found a very motivated and happy Ronaldo. He spoke about the club like a family and this was reassuring to me. It was great to hear such things.”

BRAZILIAN CONNECTION
“The Brazilian component to the team could be very important to the team. I hope to have a great impact alongside my fellow Brazilians: Alex Sandro and Douglas Costa. Every full-back aspires to be like Dani Alves. He is a player who motivates you for the influence he has on the field and for what he has been able to win.”

JERSEY NUMBER
“There weren’t many number available. The No.13 has a history with me, my family and my friends. I believe a lot in numerology and the 13th represents renewal and openness to the new. I have no doubt that this is the right number for me.”