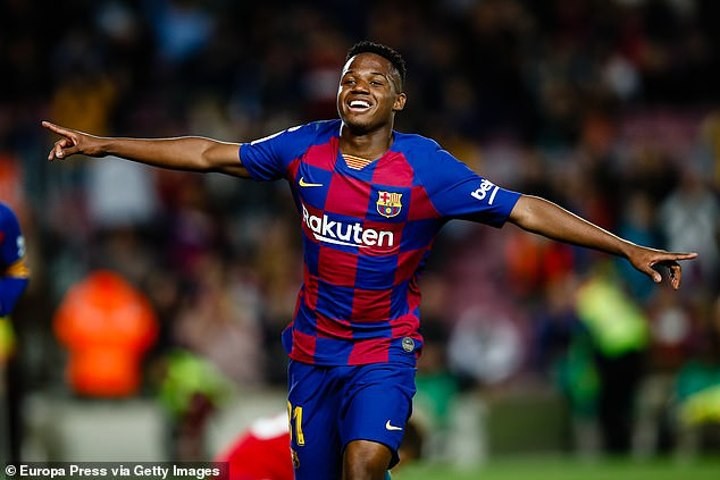 Juventus have demanded that Barcelona youngster Ansu Fati is included in any deal to bring Miralem Pjanic to the Nou Camp this summer, according to reports.

The Serie A giants are said to be keen to snap up the 17-year-old winger in exchange - and swap deals are increasingly likely to take place in the upcoming transfer window due to the financial uncertainty caused by the coronavirus pandemic.

Tuttosport believe that Juventus have now targeted Fati as negotiations over recruiting Arthur as part of the same deal continue to stall.

Fati became the youngest ever Champions League goalscorer, and Barcelona's youngest goalscorer in any competition, earlier in the season and has netted five goals in 24 appearances for the club.

But shock claims in Italy now suggest that Barcelona are willing to part ways with the prodigy.

The LaLiga giants would reportedly struggle to include Fati in future matchday squads, and are actively searching for a club capable of giving him ample game time.

Barcelona are also believed to have received numerous offers for Fati already. The Spanish top flight champions would prefer a loan move for the next campaign, but may find it difficult to negotiate with their own starlet due to his rumoured unhappiness.

Fati is thought to have been identified by Blaugrana boss Quique Setien as one of a number of players he is willing to let go - with suggestions from Spain pointing out that the youngster may now be determined to leave.

Barcelona are understood to have made Pjanic and Inter Milan ace Lautaro Martinez their top two targets this summer and are willing to offload players to raise funds for the moves.

It was recently reported that Barcelona were close to exchanging Arthur Melo for Pjanic in a sensational swap deal, with Setien satisfied with the switch of midfield options.

Both clubs value their player at around €60million, and the Serie A giants were happy to let the 30-year-old Bosnian leave.

But the indications now are that Arthur is hesitating over being included in the deal, with Fati an alternative.