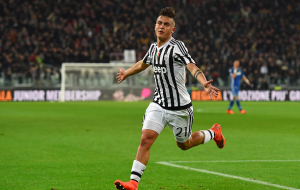 Juventus’ rising star Paulo Dybala will not be participating in Argentina’s World Cup qualifiers against Chile and Bolivia during the international break.

‘La Joya’ had initially picked up a calf injury in the build-up to the Bianconeri’s second leg clash against Bayern Munich but managed to make a speedy recovery to feature in Juve’s 4-1 win over Torino lasting only a half-hour before being forced off.

As reported by Gazzetta.it, the medical staff of La Albiceleste had decided not to risk playing the former Palermo player to avoid severe complications though a series of tests which were performed over the last two days showed no signs of muscle damage.

Dybala has seen his stock risen since arriving in Turin in 2015, having netted a total of 14 goals in 29 appearances earning him comparisons to Barcelona icon Lionel Messi.