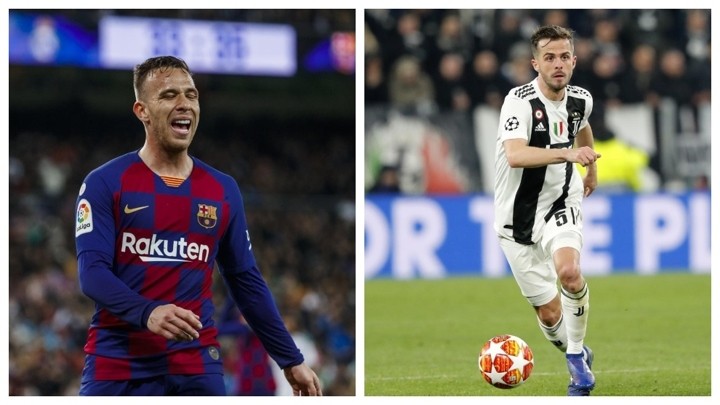 Arthur Melo has reiterated that he intends to stay at Barcelona and nothing has been able to change his mind.

As a result, Juventus have given up trying to sign him.

Barcelona had considered the possibility of using Arthur as part of a deal to bring Miralem Pjanic to the Camp Nou, but the former Gremio midfielder hasn't thought about leaving for one second.

Despite Arthur's insistence in staying at Barcelona, Juventus have also given up on trying to keep Pjanic, who has insisted on a move to the Blaugrana anyway.

Barcelona are now looking to exchange other players to sign the Bosnian, such as Nelson Semedo, Arturo Vidal, Jean-Clair Todibo and Ousmane Dembele.

Juventus, meanwhile, have turned their attention to other midfield targets in order to replace Pjanic this summer.

They include Jorginho, who worked with Maurizio Sarri at Napoli and Chelsea, and Paris Saint-Germain's Leandro Paredes.