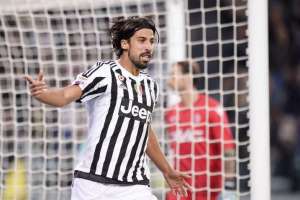 Juventus’ Sami Khedira has stressed that Germany must make swift improvements for their forthcoming fixture against Italy on Tuesday.

Die Mannschaft recently suffered a 3-2 defeat at the hands of The Three Lions which left the 28-year-old annoyed and reminding his team-mates to remain focused during the entirety of matches.

“It was a useless and stupid defeat,” said Khedira to Tuttomercatoweb.com. “Every player must remember it takes hard work.

“We only played well during the period when we were winning 2-0. Then England punished us.”

Furthermore, the former Real Madrid man has warned his side that they will have no chance of success in the European Championships if they replicate this kind of disappointing display.

“We have to do better against Italy and then at the European Championships if we are to stand a chance of emerging as champions at the tournament.”