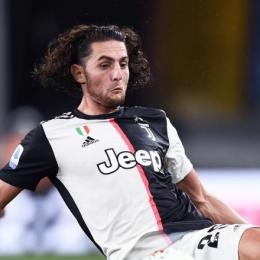 Not impressed with his debut-season performance, Juventus management might get rid of 25-year old French midfielder Adrien Rabiot (in the pic on the left) already. To this end, Bianconeri are plotting to attach former PSG playmaker to their Jorginho-aimed bid. Chelsea boss Frank Lampard might allegedly be actually interested in welcoming Rabiot in, and letting the 28-year old Italian international deep-lying out, for him to get back working with Maurizio Sarri, capable of enhancing his status and features back when they were both dwelling into Napoli ranks.