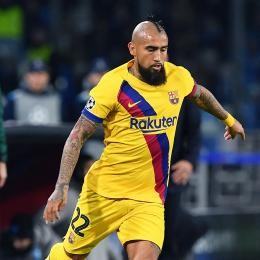 According to latest Chilean news, Juventus newly appointed boss, Andrea Pirlo, is pondering over bringing back former teammate of his Arturo Vidal. The 33-year old star midfielder, who might leave Barcelona FC after two seasons in, is still tracked by Inter Milan, trained by Antonio Conte, who coached both Vidal and Pirlo, both in Bianconeri players' capacity, from 2011 to 2014.