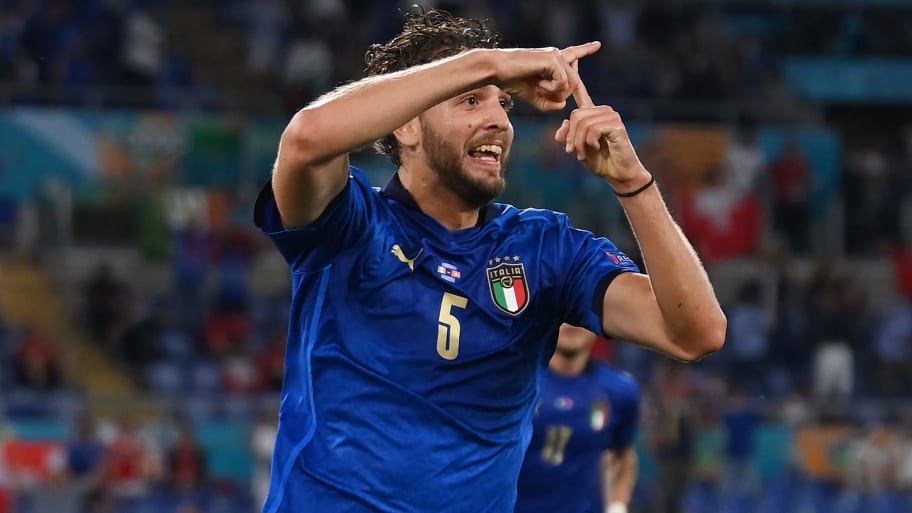 The 23-year-old is enjoying a breakthrough summer with the Azzurri, and scored an impressive brace in the recent 3-0 victory over Switzerland in Group A.

His commanding displays in the centre of midfield have got everyone talking, and rumours are growing of a bidding war between some of Europe's biggest clubs.

Now, Goal report that Juve are prepared to kick off the summer auction for Locatelli, and will offer Sassuolo €30m for their captain, while sending Romanian starlet Dragusin in the opposite direction.

The inclusion of Dragusin sends the value of the transfer to around €40m, which was Sassuolo's original asking price. Juventus are keen to get this deal over the line as soon as possible, as they are aware that the midfielder's stock continues to rise with each passing game.

Locatelli, who played for AC Milan for a couple of seasons before being moved on, could see further
stellar displays at Euro 2020 bump up his price tag, and Juve could be forced into offering a higher sum, should a bid arrive from another European club.

In fact, Sassuolo are likely to delay negotiations and reject this first approach - as they expect their captain's value to rocket as Italy progress through the tournament.

Juventus are looking to reinforce their midfield this summer, having only just scraped into the top four of Serie A last season. But the sacking of Andrea Pirlo, coupled with the return of Massimiliano Allegri, is a statement of intent from the Old Lady, and it appears they're ready to back their manager in the transfer market.

Allegri has plenty of things to address at Juventus, most notably a bloated squad and midfield bereft of consistency. Locatelli would that, and any potential arrival is likely to coincide with several departures - Aaron Ramsey among the players likely to be moved on from the Allianz Stadium this summer.