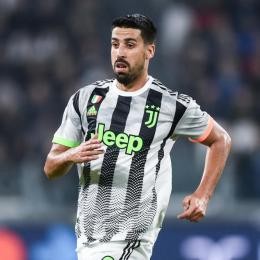 Starting back training, after having recovered from the umpteenth long-term injury occurred to him, former German international midfielder Sami Khedira (33) might still leave Juventus, after five seasons in, ahead of next market session, according to Corriere dello Sport. Playing for Bianconeri since 2015/16, former Real Madrid pitcher, currently on a deal with Serie A defending champions only until June 2021, he's by no means being offered an extension, also due to his rich annual salary, adding up to 6 million euros. Khedira has been linked to Fiorentina, as well as to an MLS move, and a return to Bundesliga, which he had left back in summer 2010.