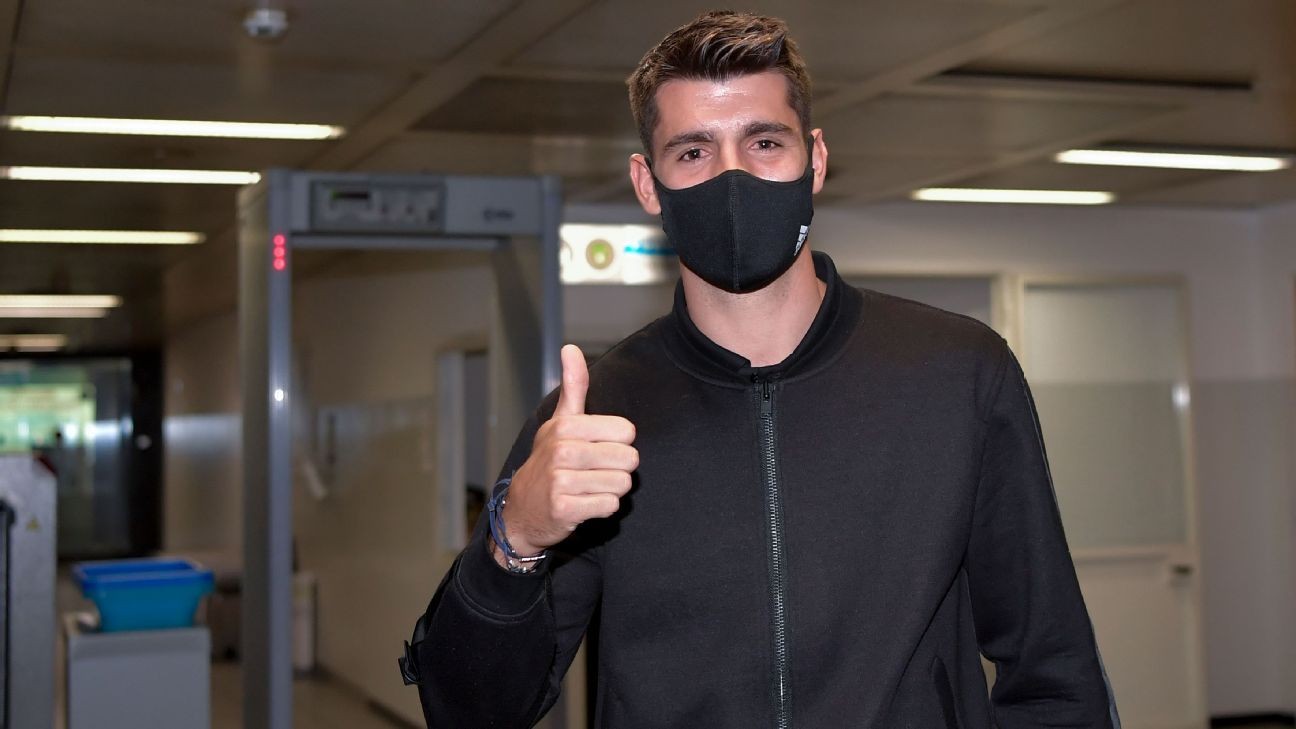 Juventus have completed a loan deal to sign Alvaro Morata from Atletico Madrid, the club announced on Tuesday.

Morata, 27, landed in Turin on Monday to finalise his move to re-join the Italian champions.

- Stream Serie A games on ESPN+
- Transfer Q&A: How will summer transfers work?

The striker enjoyed a successful loan spell at Juve during 2014-2016 where he scored 27 goals, including a strike in the 2015 Champions League final against Barcelona.

The Spain international won two Serie A titles and two Coppa Italia trophies in his two-year stint at the club.

Juve initially tried to sign Barcelona's Luis Suarez and AS Roma's Edin Dzeko but those deals failed to materialise.

Morata will play alongside Cristiano Ronaldo and Paulo Dybala in a strong forward line as Juve aim to clinch a 10th consecutive Serie A title.