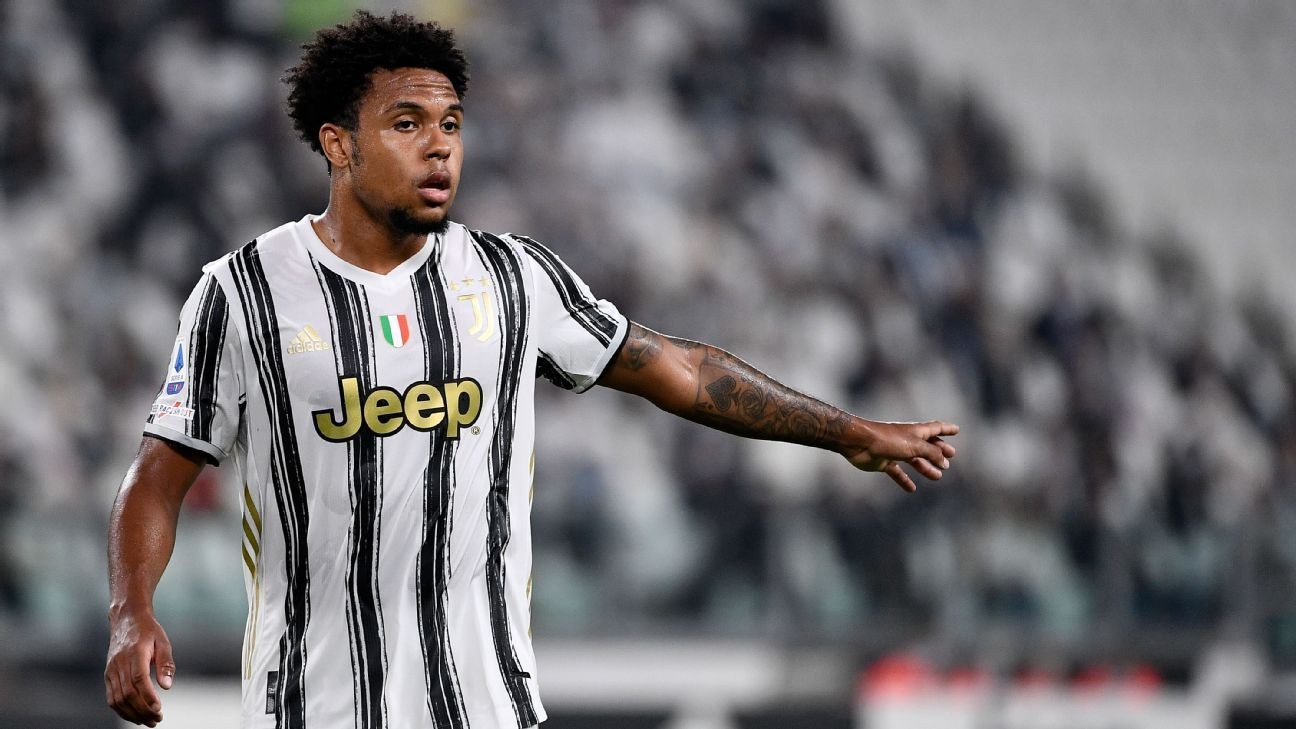 Juventus have said midfielder and United States international Weston McKennie has tested negative for the coronavirus.

The 22-year-old was diagnosed with COVID-19 on Oct. 14, the same day the club confirmed that teammate Cristiano Ronaldo had tested positive.

McKennie joined Juventus over the summer from Schalke 04 on loan and has impressed in Serie A in his two appearances to date.

McKennie has missed the Italian league champions' last two matches -- a 1-1 draw with Crotone and a 2-0 win against Dynamo Kiev in Champions League group stage play, due to being in self-isolation.

"Weston McKennie carried out, as per protocol, the control with a diagnostic test [swab] for the coronavirus-Covid 19," according to a club statement released on Friday. "The examination gave a negative result. The player is therefore healed and no longer subjected to home isolation."

USMNT to face Wales in friendly on Nov. 12Look out Champions League, here comes the USMNTIs Mexico's CONCACAF dominance in jeopardy with so many young Americans making waves in Europe?

Juventus are back in league action this Sunday, with Andrea Pirlo's side taking on Hellas Verona. The club will then play its second Champions League group stage match against Barcelona next Wednesday.

It is unknown whether McKennie will participate in team training leading up to the matches. He is expected to be called up for international duty when the U.S. squad convenes for an international friendly against Wales on Nov. 12 in Swansea.

Meanwhile, Ronaldo has yet to be given the all-clear from his diagnosis. The 35-year-old tested positive for COVID-19 while he was with the Portugal squad and flew back in a private jet to Turin to self-isolate. Ronaldo denied that he had breached Italian health regulations, referring to criticisms from the country's health minisiter as "lies."