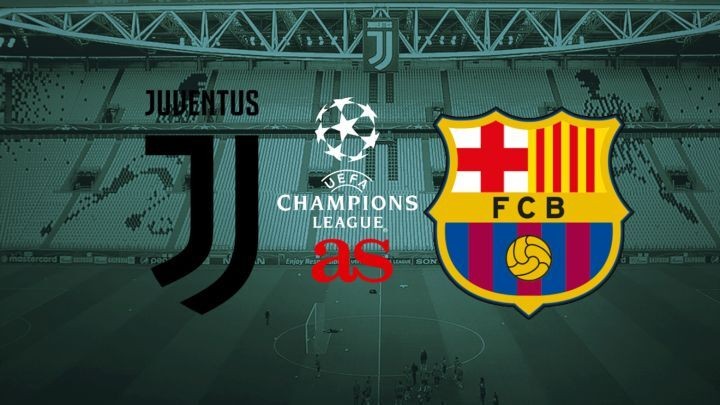 All the information you need to know on how and where to watch Juventus host Barcelona at Allianz Stadium (Turin) on 28 October at 21:00 CET.

Juventus and Barcelona will clash at Allianz Stadium in one of the best matches of the Champions League’s group stage in a repeat of the 2015 final. Both teams are the clear favourites of group G and a victory for any of them could mean a huge step to secure the first spot. The match will take place 24 hours after Josep Maria Bartomeu resigned as president of the Catalan club.

The Italian giants have won their last four home games in the tournament and have only lost four of their 42 European outings at the Allianz Stadium. However, Cristiano Ronaldo won’t be playing for Juve after the Portuguese star tested positive again for coronavirus. That also means that the much anticipated face off between him and Lionel Messi, both accumulating 11 Ballon d’Or, won’t happen.

The absence of Ronaldo is a huge loss for the Bianconeri, since the striker has scored 15 goals in his last 20 appearances against the Catalan squad in all competitions, not to mention he is the all-time leading goalscorer in the Champions League.

But Juventus concerns don’t end here, with Giorgio Chiellini limping off on matchday one to join Matthis de Ligt on the sidelines. Weston McKennie also likely to miss out.

Andrea Pirlo hopes Leonardo Bonucci will be finally ready to play against Barça, while Paolo Dybala is expected to feature after starting his first game of the season against Hellas Verona last weekend.

As for Barcelona, Gerard Pique won’t be available after being suspended after being sent off in the 5-1 victory over Ferencvaros at Camp Nou. His colleague Samuel Umtiti is not fit, so that could open the possibility for Ronald Araujo to partner Clement Lenglet in defence. Philippe Coutinho will miss the match due to a hamstring problem.

Neto is expected to get the gloves again against his former teammates while young rising star Ansu Fati will start again alongside Messi.

Fans, though, could witness another interesting clash between Miralem Pjanic and Arthur Melo, having swapped between both clubs during the summer.

What time does the Juventus vs Barcelona match start?

The 2020/2021 Champions League’s group G match between Juventus and Barcelona will be played at Allianz Stadium (Turin) and will kick off at 21:00 CET on Wednesday 28 October 2020.

Find out what time Juventus v Barcelona gets underway where you are in the world.

Where can I watch Juventus vs Barcelona?

No matter where you are on the planet, you can see what channel the Juventus vs Barcelona match is available on here.

Is the Juventus vs Barcelona game online?

Juventus-Barcelona is available in most nations through the rights holders’ online platform, if they have one. The best option is to check who is showing the game in your country and if they have an online service or Ios/Android app to watch it on.

Meanwhile, for the UK audience, BT Sport subscribers will be able to stream the match online via the video player and the BT Sport app.