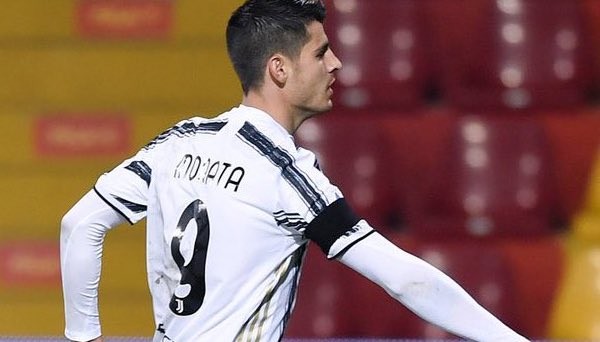 Juventus striker Alvaro Morata has been handed a two-match ban for his sending off against Benevento on Sunday.

The Spaniard scored the opening goal against the Streghe, but Gaetano Letizia’s equalizer just before half-time prevented the Bianconeri from securing three points.

The fireworks didn’t end there however as Morata was shown a straight red card after the final whistle for comments made toward the referee.

La Gazzetta dello Sport reports the Disciplinary Commission has assigned the ban due to “a disrespectful expression made towards the referee at the end of the match”.

The news means that Morata will miss Juve’s Derby della Mole clash with Torino as well as the following match against Genoa.

Tolgay Arslan of Udinese and Benevento’s Pasquale Schiattarella have also been suspended for one match.