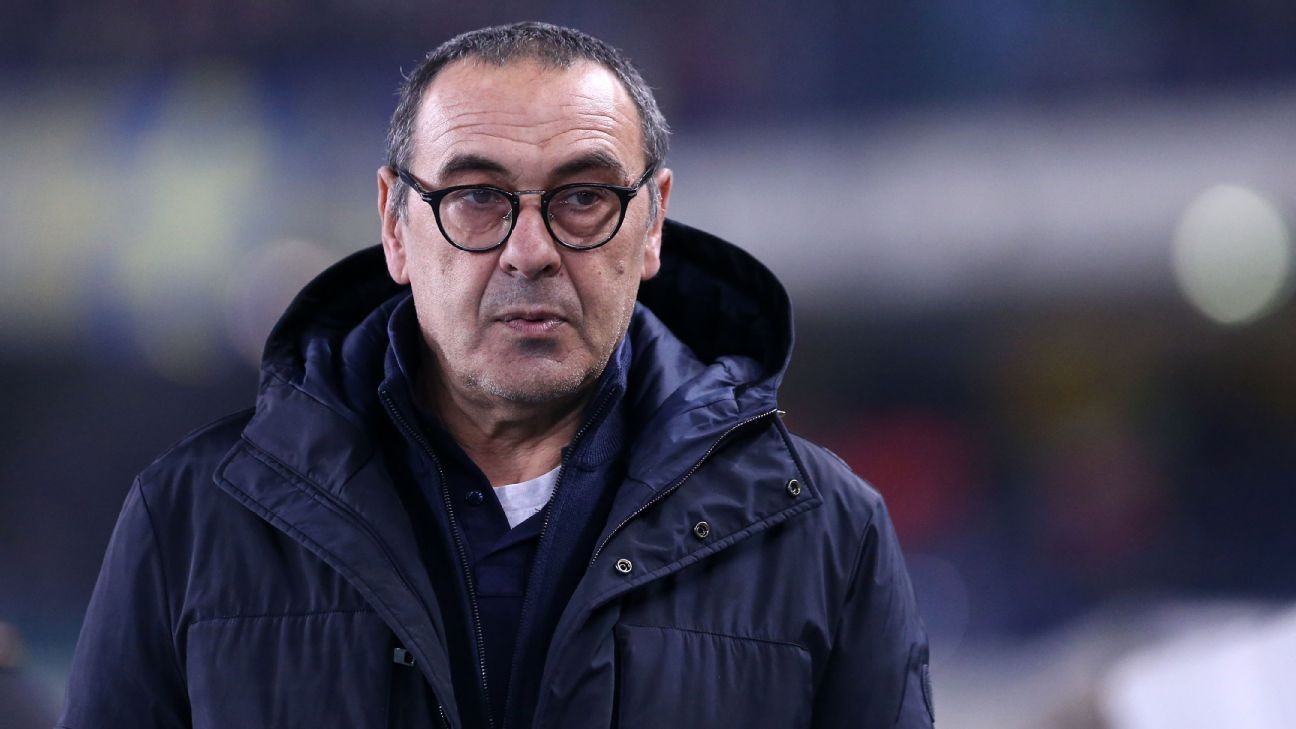 Juventus coach Maurizio Sarri was devastated by his team's last 16 Champions League exit to Lyon but said he did not believe he would be judged solely on Friday's match which saw them go out despite a 2-1 win.

Despite winning a ninth successive Serie A title last month, Sarri's team have not managed to convince the critics during his first season in charge. Their failure to even match last season's quarter-finals performance in the Champions League has added to the pressure on the 61-year-old.

"If I wasn't devastated by not qualifying, I'd be happy with the performance," Sarri said after his side were knocked out on away goals following a 2-2 aggregate draw.

"I actually expected less from us, I think we played a great game. We fell behind to a penalty kick that could have made us lose our heads and we had three chances when we were 2-1 ahead."

play1:54Marcotti: Extremely unlikely Sarri will be at Juve next season

Sarri pointed out that his side had dropped only two points in the group stage and were unbeaten in the competition until their 1-0 first leg defeat to Lyon in March, before the COVID-19 outbreak interrupted the season for three months.

"This competition doesn't take any prisoners," he said. "If it was a normal ranking, we would be first or second after six wins, a draw and a defeat."

On his future, he said: "I don't think top-level executives decide based on a single game. I think they make wider evaluations -- whether they be for or against."

He added that the coronavirus pandemic had made it an unusual season.

"We've had several months where we haven't done anything logical," he said. "We've been locked indoors, quarantined, individual training, then collective training, then 14 games in 48 days."