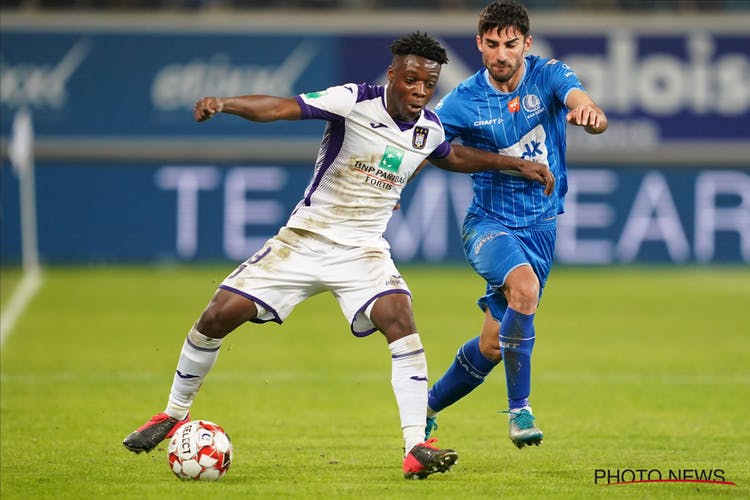 KAA Gent defender Alessio Castro-Montes has waxed lyrical on striker Jeremy Doku after the youngster’s scintillating display in their 1-1 draw with Anderlecht in the Belgian Jupilar Pro League on Friday night.

Doku — who has been one of the few positives for Anderlecht this term — was the star of the show when the Purple and Whites played a 1-1 draw with KAA Gent in Week 25 of the Belgian top-flight League on Friday night.

The 17-year-old was a constant threat on the left hand side of Anderlecht as he gave right-back Alessio Castro-Montes a torrid time before he was replaced with Congolese youngster Edo Kayembe in the 90th minute.

Castro-Montes after the match could not believe the technical qualities possessed by the Belgian-born Ghanaian winger — saying he has never seen a player at his age with so much quality on and off the ball.

"Their two wingers hurt us, Amuzu on the other side too. But Doku , I think I have never seen a player with such qualities in Belgium. The opponents generally run behind our backs, there it was the opposite ... Never seen that!

Doku has netted 1 goal in 18 league games for Anderlecht in the ongoing season.