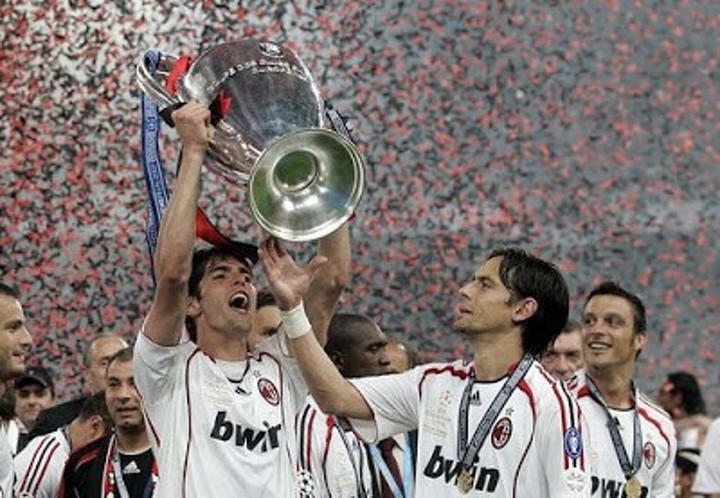 Ricky Kaka looks back 13 years after Milan beat Liverpool in the 2007 Champions League Final. ‘It was a sign from God, not a coincidence.’

The two teams had already clashed in Istanbul in 2005, when the Rossoneri dominated only to fumble a 3-0 lead and eventually lose on penalties, but they met again in Athens.

“I don’t like to call it revenge, but it was marvellous and magical. The team was different to 2005, as we no longer had Hernan Crespo or Andriy Shevchenko, but the foundations were the same. It was almost the same team, but a very different Final and one that went down in history.”

On May 23, 2007, Pippo Inzaghi bagged a brace either side of half-time, while Dirk Kuyt set up a tense finale with his late Liverpool goal.

“Pippo started running without even looking at the ball on the first goal, as he hoped the goalkeeper would parry Andrea Pirlo’s shot and knew where to be for the rebound. He just knew.

“On the second goal, you could see it was just me and Pippo upfront, but I knew his movements so perfectly that I was already well aware of what he’d do next. I prepared to give him the pass, it was all so precise, and he moved further out wide so he’d have the space to kick it. It’s all about the details.

“It felt horrible when Kuyt scored and the ghosts of 2005 were threatening to haunt us again. It was a battle of wills and we felt the fear, the ‘oh no, it’s happening again’ feeling. Fortunately, we held out and were able to celebrate at the end.

“We all had very different feelings during the celebrations. It was my first Champions League, a dream come true, whereas it was Paolo Maldini’s fifth. It felt like coming full circle, the perfect conclusion to that team’s time together.”