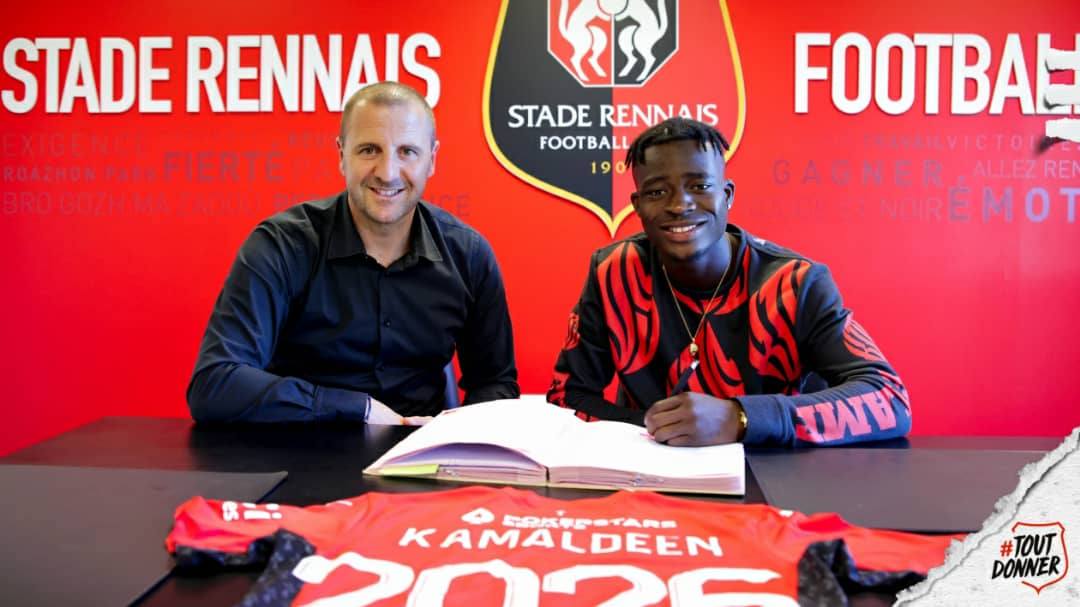 Ghana teen sensation Kamaldeen Sulemana has revealed what informed his decision to snub Ajax and sign for Rennes.

When it became clear that Sulemana won't continue at Nordsjaelland at the end of last season, Ajax were the frontrunners in the race for the 19-year-old's signature.

Kamaldeen even spoke to former teammate Mohammed Kudus about the Dutch giants, but he decided to commit his future to Rennes in a five-year deal worth more than 20 million euros.

The general perception is Kamaldeen snubbed Ajax because Rennes offered more money, but he has vehemently denied it.

“With Rennes, I get to play in Ligue 1 which is one of the best leagues in the whole world, so that’s enough of my reason,” Kamaldeen said when asked about his decision to reject Ajax, during his official unveiling on Monday.

“And I think I chose here based on my playing time and I think there’s a better chance of me playing more here than any other place, and I’ll play against great teams here as well.”

Sulemana was Nordsjaelland's best player last season, which surprisingly was his second season as a professional.

He netted 10 times and registered four assists in the Belgian top division, thus he was a hotcake in this transfer window. Liverpool and Manchester United were reportedly among his suitors.

Rennes were not in the picture until early July, and were able to present a project that appealed to the ambitious young man.

“I chose Rennes because when I came for the visit, I spoke to coach [Bruno Genesio] and I spoke to [technical director] Florian [Maurice] and the project was very interesting and was good for me, and I felt here was the right place for me,” he further explained.

“They have a lot of young talent and they have produced a lot of good talent outside, the likes of [Ousmane] Dembele, a lot of players, [Eduardo] Camavinga, Jeremy Doku.

“And some Ghanaians also played here, like Asamoah Gyan who is like the top scorer in Ghana history. And I felt this is the place for me to be, also to improve myself and get to where I want to be in future."

Kamaldeen could make his competitive debut when Rennes open their season account on August 8 against Lens.