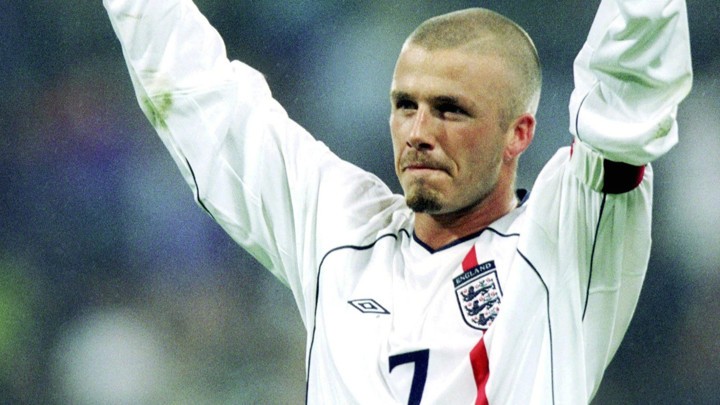 Harry Kane’s relentless drive has earned him a comparison to Manchester United legend David Beckham, with former Tottenham youth coach Ross Embleton considering both men to have maximised their ability despite not being obvious world beaters.

Ex-England captain Beckham saw his potential spotted early by those at Old Trafford and he would go on to become a global superstar whose fame transcended his chosen sport.

Kane now dons the armband for the Three Lions and enjoys a similar standing on the world stage. A reputation as one of the most fearsome and prolific strikers in the business has been firmly established, with 181 goals recorded through 278 appearances for Spurs.

The 26-year-old had to be patient, though, in pursuit of a big break, with several loan spells taken in before a first team door swung open in north London.

Embleton is not surprised by the progress Kane has made, with obvious similarities to be drawn between his pursuit of continuous improvement and the mindset which once allowed Beckham to become an all-time great.

Embleton, who spent time working within Spurs’ academy system before going on to become manager of Leyton Orient – the club Kane will be sponsoring in 2020-21 – told talkSPORT: “I can remember growing up my cousin telling me about the drive and ambition and work rate that David Beckham had as a player.

“I remember him saying - he played for Essex with him - that David Beckham wouldn’t have been in the top four or five players within the group but if anyone was going to select someone who was going to make the most of his ability, it was him.

“Then obviously what he went on to do, I don’t think anyone would have predicted. I think there are a lot of similarities that you can point towards with Harry on that.

“He was 17, 18 around the time that I joined Spurs and the one thing that I used to see is his relentless attitude to work and practice.

“Some of the goals that you see, where he drives the ball along the grass into the far corner, you used to see him practising those techniques and those finishes over and over again – with and without a goalie.

“I don’t think you can ever really predict that someone is going to go on to those heights, but what you could see is that he was never going to fall short and was going to make the very best of what he had. I think he has done that in abundance.

“What level he is going to achieve you can never quite predict, but at the same time you could see that Harry was going to do everything inside of him to make sure he was the best player he could be.”