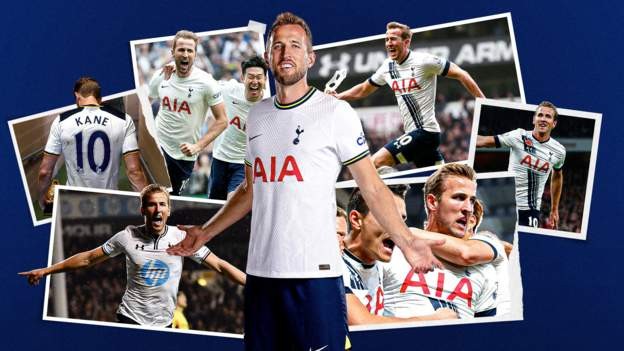 Harry Kane has equalled Jimmy Greaves' record as Tottenham's all-time top scorer with his 266th goal for the club.

The 29-year-old England striker reached the landmark with the opening goal in Monday's game at Fulham, his 199th in 300 Premier League games for Spurs.

Follow live text coverage of Fulham v TottenhamVisit our Tottenham page for all the latest Spurs news, analysis and fan viewsYou can now get Spurs news notifications in the BBC Sport app - find out more

Fulham were the better side in the opening 45 minutes but Spurs took the lead in first half injury-time with a typically clinical Kane finish.

He received the ball with his back to goal before manufacturing a yard of space and finding the corner of Bernd Leno's net with a fierce right-footed shot.

Kane is the third top scorer since the Premier League was created in 1992 - after Alan Shearer, with 260, and Wayne Rooney, with 208.

He has scored 18 goals in 29 games for Spurs this season, 12 clear of closest challenger Son Heung-min.