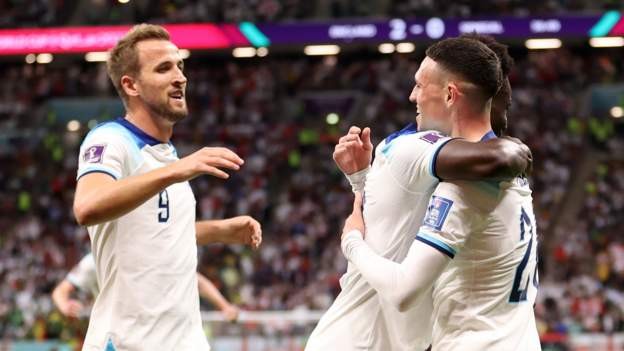 England captain Harry Kane said he is expecting a "tough battle" against France in the World Cup quarter-final after they cruised past Senegal in the last 16 on Sunday.

The 29-year-old scored his first goal of the tournament in England's win.

"Knockout games are never easy. We have shown great maturity throughout the tournament," said Kane.

The Three Lions will face defending champions France in the last eight on Saturday (19:00 GMT).

Kane praised his side's mentality to score goals and keep a third clean sheet in a row.

"Mentality was top from the beginning. Another knockout win, over the years they have not been easy for England," he added.

"We have a great mixture of youth and experience now. We will enjoy this one, but then our focus turns to that [France game]. It will be a really tough battle."