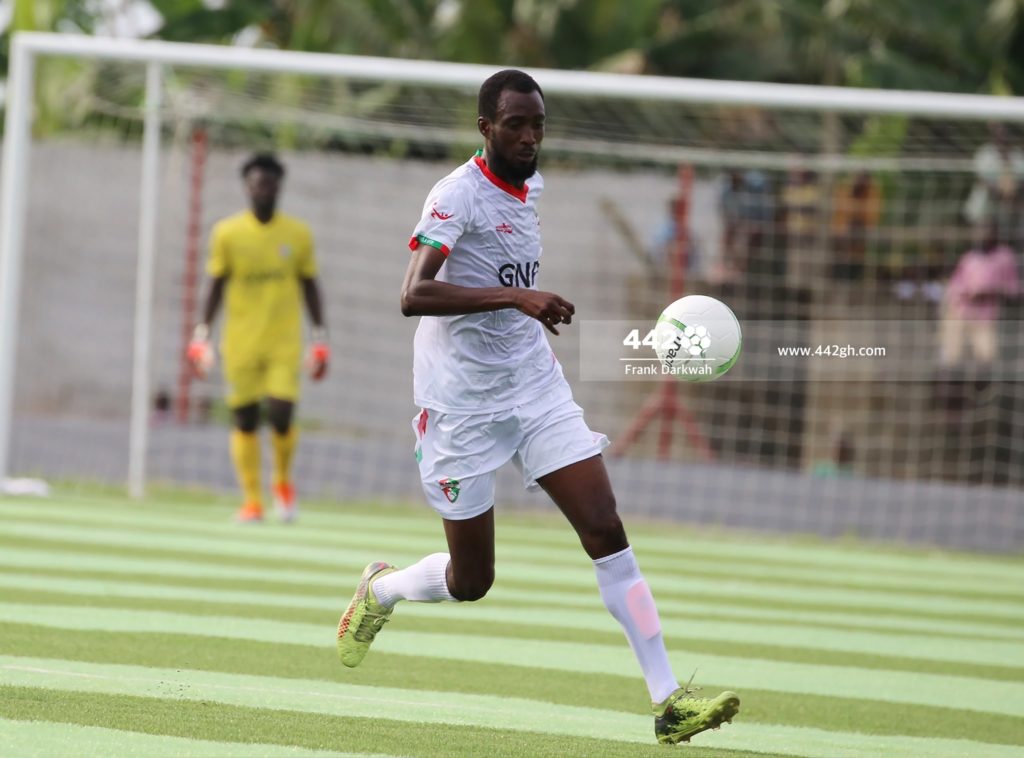 The Karela United star is on the radar of the Porcupine Warriors after a successful campaign with the Anyinase based outfit last season.

Bashiru scored 13 goals and provided two assists last season and looks set for a return to Asante Kotoko ahead of the new campaign.

According to reports, the Kumasi-based giants have enquired about the availability of the Black Galaxies star and will be hoping to get him before the start of the season.

The Porcupine Warriors are beefing up their squad for the Ghana Premier League and the CAF Champions League next season.

Umar Bashiru is with the Black Galaxies preparing for the CHAN qualifiers against Nigeria later this month. He provided two assists in the two-legged clash against Benin.