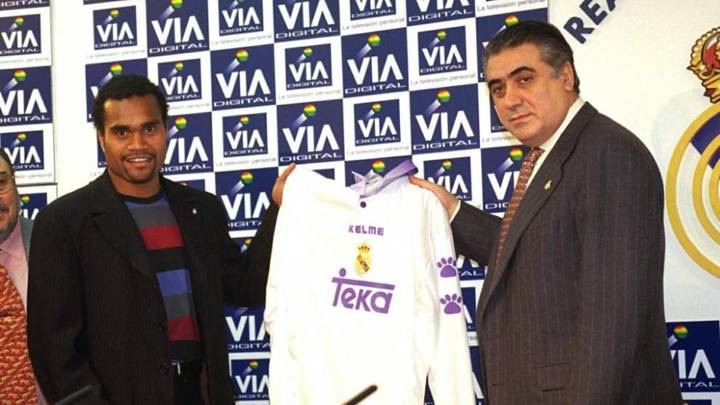 Christian Karembeu, formerly of Real Madrid, has expressed his sadness at the passing of former Los Blancos president Lorenzo Sanz.

At 76, Sanz passed away on Saturday, March 21, after suffering from the COVID-19 strain of coronavirus.

The former president brought Karembeu to the Estadio Santiago Bernabeu in 1997, and the Frenchman saw Sanz as a second father.

Before agreeing to join Los Merengues, though, Barcelona had also been interested in signing Karembeu.

"I was at the European Championship in 1996 with the French national team," Karembeu said.

"Suddenly, I get a call from my coach, Aime Jacquet.

"He warned me and told me to come to his room urgently. That's it.

"I ran over, didn't know what he wanted to tell me.

"I thought he was going to tell me I was starting in the next game or something.

"All of a sudden, the coach gives me the phone and tells me I have a call.

"It was Lorenzo Sanz, the president of Real Madrid, who wanted to sign me. I didn't believe it.

"He was a gentleman who always supported me, at all times.

"I spent six hard months without playing for Sampdoria, and the president encouraged me, making me feel calm: 'Christian, son, don't worry, you'll fulfil your dream and play for Real Madrid.'

"He wanted to win the European Cup after a 32-year wait.

"He formed a team that acted as a bridge between the great Real Madrid of the six European Cups of all time and the new team we formed, and we won the [Champions League] final with [Predrag] Mijatovic's goal against Juventus.

"I want to send a hug to the Real Madrid fans; we are going through a hard situation in life, and I would also like to remember Lorenzo Sanz's family, whom I remember happily coming off the plane with the European Cup and entering the city with thousands of people in the streets.

"It was a beautiful and unforgettable moment for me."

Karembeu won the World Cup, European Championship and a Confederations Cup with France, as well as two Champions League trophies and an Intercontinental Cup with Real Madrid, among other pieces of silverware in his career.