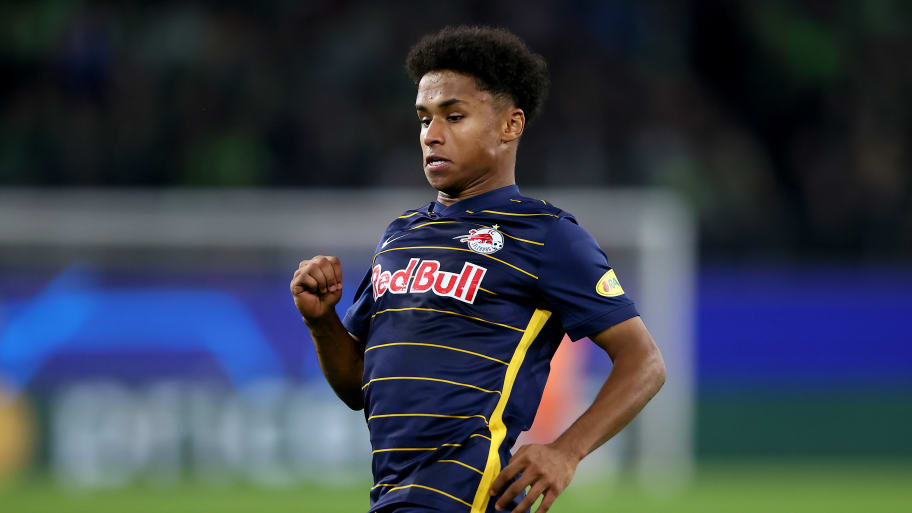 Highly-rated RB Salzburg striker Karim Adeyemi is pushing to move back to Germany in 2022 - but 90min understands that a move to RB Leipzig is unlikely.

The 19-year-old has seen his reputation soar over the past 12 months, with 15 goals in 23 appearances across all competitions during 2021/22 - including four in the Champions League - evidence of his rapid progress.

90min revealed in October that Red Bull's hierarchy were hoping the teenager would consider a transfer to the Bundesliga, where he'd stay within their network at Leipzig.

Adeyemi was initially considering the move - as he'd prefer to move back to his homeland - but his interest in joining Leipzig was subject to their progress under head coach Jesse Marsch, who left Salzburg in the summer to succeed Julian Nagelsmann.

Unfortunately, results in the Bundesliga and in Europe have been indifferent to say the least - so much so that Marsch was relieved of his duties on Sunday, with the club marooned in mid-table and significantly off the pace set by usual frontrunners Bayern Munich and Borussia Dortmund.

With Leipzig likely out of the picture, Bayern and Dortmund are now at the head of the queue to secure Adeyemi's signature - though it's understood that the latter's ability to offer more regular first-team football could sway a deal in their direction, particularly if Erling Haaland departs in 2022 as expected.

There remains strong interest in Adeyemi from outside of Germany, too, with Paris Saint Germain, Barcelona, Atletico Madrid, Juventus, Inter, Manchester City and Liverpool all understood to be monitoring his situation.

There could even be late interest from Manchester United, as interim manager Ralf Rangnick knows Adeyemi very well from his time as Red Bull's sporting director.

However, sources close to the situation have told 90min that the expectation is that Adeyemi will prioritise a move back to Germany, having left in 2018 to head to Austria.

To prize him away from Salzburg, though, Bayern and Dortmund - or any other interested party - may need to fork out upwards of £30m, which seems feasible considering he's already been rewarded for his goalscoring form with a full international debut for Germany.