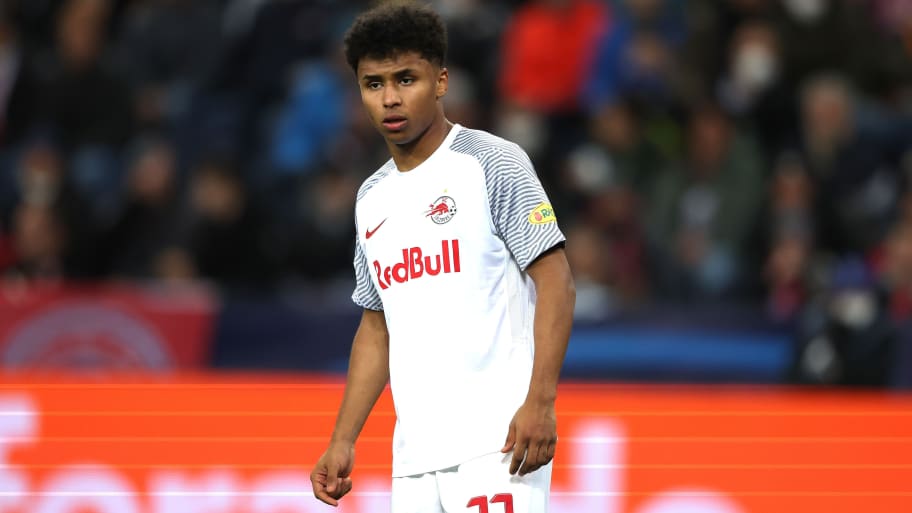 The agent of RB Salzburg striker Karim Adeyemi has confirmed he rejected an approach from Manchester United in favour of joining Borussia Dortmund.

90min revealed late last year that Adeyemi had his heart set on a move to Germany, with an agreement over personal terms with Dortmund reached in January, and the two sides have been wrestling to find an agreement over a fee ever since.

Talks stalled at one point but Dortmund soon got them back on track and have now struck a deal to bring Adeyemi in as a replacement for Erling Haaland, who has agreed his own transfer to Manchester City this summer.

Now, Adeyemi's agent, Thomas Solomon, has confirmed to Fabrizio Romano that a deal with Dortmund is close to completion, revealing that he knocked back United in the process.

“We’re now close to complete the deal with Borussia Dortmund," he said. "There will be no release clause included into his five-year deal.

"Manchester United wanted to enter the race - but we want BVB."

United are looking to sign at least two new forwards this summer and had been tipped to move for Adeyemi because of Ralf Rangnick's links to the Red Bull system - he is a former director of football for both Salzburg and RB Leipzig and has managed the latter twice, while also enjoying a spell as Red Bull's head of sport and development.

Rangnick, who will transition into a consultancy role at Old Trafford in the summer, recently argued that United need 'six to eight new signings' this summer to be competitive once again.

Adeyemi will not be one of those new faces as the 20-year-old Germany international will soon finalise a long-awaited switch to Dortmund instead.

90min can confirm that Liverpool were also interested in signing Adeyemi earlier this season, but Dortmund quickly moved to the front of the queue for his signature.

This article was originally published on 90min as Karim Adeyemi's agent confirms he rejected Man Utd for Dortmund.