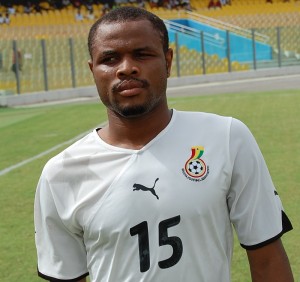 Defender Karim Alhassan has confirmed his exit from Ghana giants Accra Hearts of Oak after three seasons with the club.

The 20-year-old has refused to ink a new deal with the club and his agent has officially written to the club to confirm.

Hearts of Oak made attempts to lure the player to commit his future to the club but Alhassan, a member of Ghana's 2011 unsuccessful Under-20 team, is considering offers from abroad.

Meanwhile, reports in the local press suggests the player could be on his way to Hearts' bitter rivals Asante Kotoko in yet another transfer coup.

The two most glamorous clubs in Ghana have been at each others throat since their inception whenever the transfer window opens - most at times chasing the same set of players from either other clubs or their own.