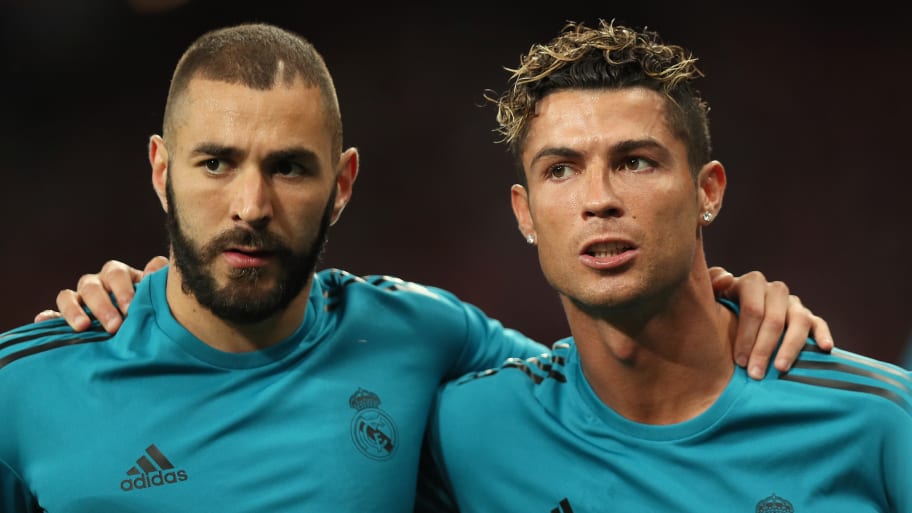 Real Madrid striker Karim Benzema has revealed that he had to alter his playing style after Cristiano Ronaldo left the club in 2018.

The Portugal forward departed Los Blancos as their all-time record scorer with 450 goals, while he also left on a high after winning his fourth Champions League title with the club.

While a respected striker in his own right, Benzema was largely seen as a support player to Ronaldo during the latter stages of his Real career, perhaps best emphasised by the Frenchman's return of just 12 goals in 47 games in the 2017/18 season.

But with Ronaldo no longer at the Santiago Bernabeu, Benzema has reignited his career and is widely expected to win this year's Ballon d'Or having led Real to Champions League glory.

Speaking ahead of their UEFA Super Cup clash with Eintracht Frankfurt, Benzema admitted that he had to change his ways to accommodate for Ronaldo's exit.

"It’s true that I’ve scored many more goals, but when Cristiano was here, we had a different style of play, I was providing more assists," Benzema said.

"He really helped me on and off the pitch. But at that time, I did know that I could do more and when he left, it was the time to change my game, change my ambitions and I am doing that well at the moment."

While Benzema is enjoying the best spell of his career, the same cannot be said of Ronaldo, who is desperate to leave Manchester United in search of Champions League football but is currently short of suitors.


This article was originally published on 90min as Karim Benzema admits he 'changed his game' after Cristiano Ronaldo's departure.