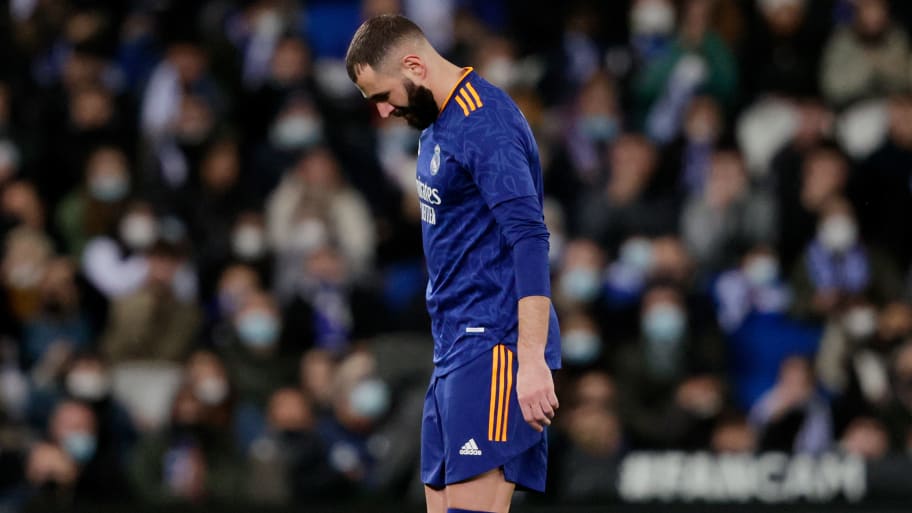 Real Madrid manager Carlo Ancelotti has revealed that French striker Karim Benzema will miss Tuesday's meeting with Inter with a hamstring injury, and he could also miss Sunday's derby against Atletico Madrid.

Benzema, who had bagged 17 goals in 19 appearances in all competitions heading into Saturday's trip to Real Sociedad, managed just 17 minutes of the game before pulling up with an injury, with substitute Luka Jovic coming on to bag a goal and an assist in the 2-0 win.

After the game, Ancelotti stressed that he was not overly worried about Benzema's injury, but confessed that it hasn't come at an ideal time.

"The Benzema thing does not seem serious at all, but I do not think he will be available for Tuesday," Ancelotti said. "Karim has had a problem, it bothered him a little and I don't think [he will be there] for Tuesday, but maybe for Sunday, yes."

Jovic will likely be rewarded with a start against Inter after his fine display from the bench, with Real already through to the knockout stages of the Champions League. But Tuesday's game will decide which team finishes in top spot in Group D, so it is by no means a throwaway match.

As for Atletico, Ancelotti is evidently hopeful that Benzema will be back in time, but the Frenchman will need to undergo scans on the injury before any official timeline can be put on his recovery.

Fortunately for the boss, Real are no longer reliant on Benzema's goals in attack as winger Vinicius Junior has elevated his game to new levels this season.

The Brazilian, who bagged Real's first against Sociedad, now has 12 goals and seven assists in 21 games in all competitions, proving to be so good that Eden Hazard is barely able to get a look-in selection wise.

This article was originally published on 90min as Karim Benzema doubtful for Madrid derby with hamstring injury.