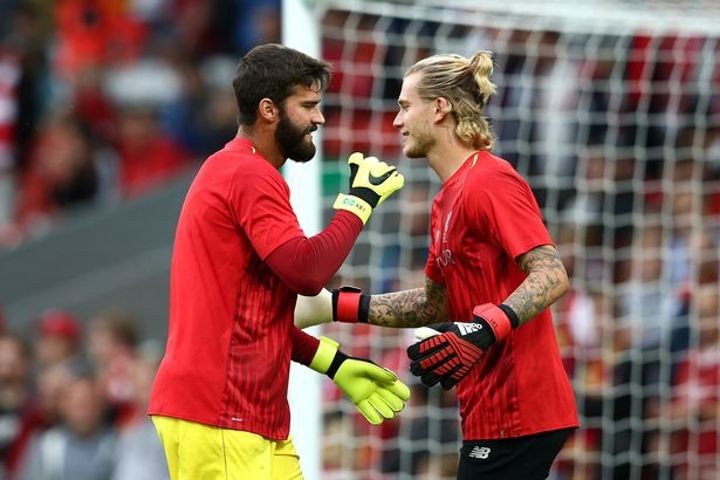 Loris Karius may be ready to grasp an unexpected second chance at Liverpool next season, says Jerzy Dudek.

Karius moved to Besiktas on a two-year loan deal in the summer of 2018 after Alisson Becker had been brought to Anfield in a £65million move from Roma.

The switch to Turkey was meant to breathe fresh life into Karius's career after his nightmare in the 2018 Champions League final defeat to Real Madrid.

However, the German cut short his loan earlier this month after going some time without pay from the Turkish Super Lig side.

It is understood some at Liverpool were unhappy with how their player was treated over the payment issue, with Karius's most recent problem coming a year after he had taken a similar complaint to UEFA.

Back in 2019, Karius reportedly went as long as four months without payment from Besiktas, despite being a regular between the sticks at Vodafone Park.

Despite ending his stay in Turkey, Karius is not expected back at Melwood until after the current campaign is concluded with manager Jurgen Klopp and his players heading back to training this week ahead of the Premier League's eventual resumption.

Dudek, though, thinks the unexpected events over the last few months could offer him a way back into the squad next term.

Dudek, who won the 2005 Champions League with the Reds, told the ECHO: "I think he is absolutely a great goalkeeper, I have no doubt about this.

"But he wanted to go to Turkey to be a little bit out of sight.

"I had been to Kiev and when you speak about him [in that final], I feel a little bit sorry for him because he didn't deserve that.

"He is a great goalkeeper but things can happen. When that happens, you want to move and open another door to make another chance.

"It was a chance to take everything out of his football career because it is not easy to be on your toes after this game against Real Madrid.

"I know he has come back to Liverpool but it is up to the manager to see what they want to do.

"Of course, that is the decision with the coaches and how he feels, himself. It is down to how strong he is, how confident he is. Maybe he is with Liverpool and learns from the mistakes.

"He can be very important and maybe he feels [like saying] 'hey, guys, I want to be back in this Liverpool squad.

"'I feel I have to give something back after this final. I have lived the last two years with this and I cannot get away.'

"But as I said, that is the decision between the coaches and himself when they meet."

Karius's future opportunities are likely to be minimal at Anfield, however, due to Alisson's status as undisputed first choice.

The Brazil international has become widely regarded as one of the world's finest during his time with the Reds and Dudek thinks Alisson is the best shot-stopper in football today.

"People say he is the world's No.1 and in my opinion, it is the same," added the former Reds keeper.

"Journalists ask me a lot who are the best five goalkeepers in Europe right now and absolutely Alisson Becker is number one.

"The way he has grown up in Liverpool is amazing. I remember his first game and the ball distribution was really comfortable and game by game with his performances and his confidence, he has grown up to the No.1 now.

"Of course when you are winning and play well for the national team, it is not easy to play for Brazil.

"I think he is absolutely the No.1 in the world. I think in our last game against Atletico Madrid, Jan Oblak has shown that he is maybe No.2.

"Marc-Andre ter Stegen (at Barcelona) is third and maybe Manuel Neuer at Bayern Munich seems to be back in his best form too.

"I think Alisson, the way he plays and performs with the confidence he has, I think he is the No.1 keeper."