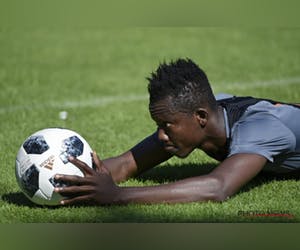 Musona quickly announced himself to the club’s faithful with a goal in their 1-1 draw with Sporting Charleroi over the weekend.

Sowah meanwhile did not make the squad-list for the match but club’s chief, Henkel, believes they can both help his side achieve their target in the second half of the campaign.

"Both Musona and Sowah are well integrated into the team. We are convinced of their added value and that they will help us to play a good continuation of the season,” says Henkel.

Sowah could make his bow on Saturday against Waasland Beveren in Week 23 of the Belgian Jupilar Pro League.