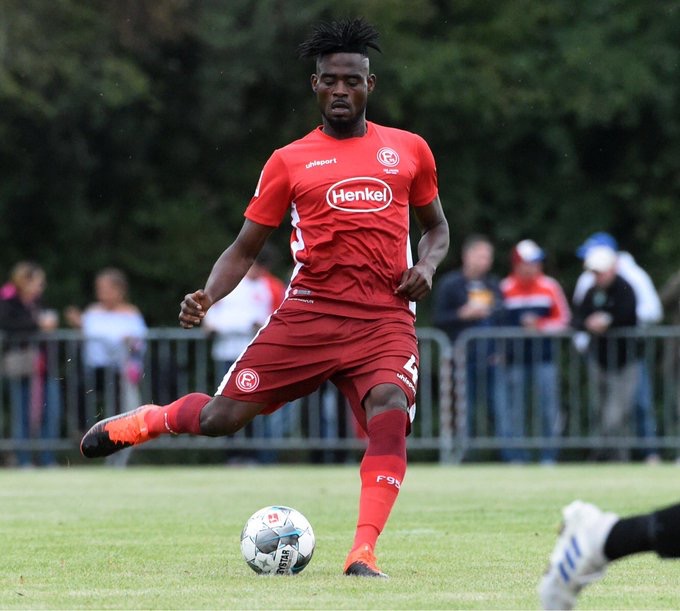 Kassim Adams in action for Fortuna

The center-back played in both halves as they won 7-0 to prepare for their league opener on Saturday.

The Ghana international is now in contention to face Werder Bremen in their league starter.

He has joined the Bundesliga on a season-long loan move from TSG Hoffenheim.