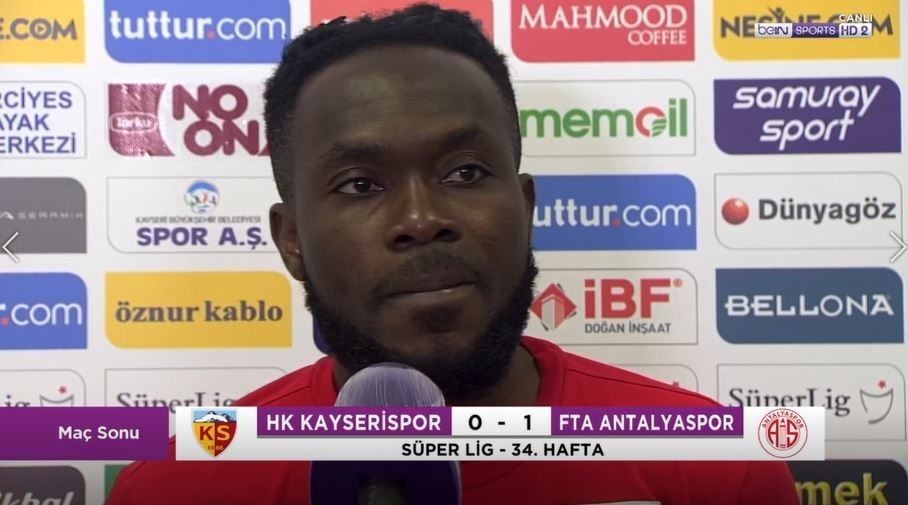 Kayserispor midfielder Joseph Attamah is unhappy with his side's defeat to Antalyaspor on matchday 34 of the Turkish Super League.

Naldo's 45th-minute strike ensured Antalyaspor secured the win at the Kadir Has Stadium.

The Black Stars midfielder lasted the entire duration of the game as Kayserispor failed in their attempt to get an equalizer.

Speaking at the post-match conference, Attamah said the team did not deserve to lose the game.

"Today was a game we had to win. It was a bad day, it was an unlucky day. İlhan was injured during the warming up, Muğdat was injured. We struggled a lot, we did our best, but it did not happen. We will continue to fight and stay in the league. We cannot say that this game was enough. As a result, we lost the match. . "

Kayserispor is currently placed 18th on the league table with 33 points after the defeat.

The team is hoping to battle out of relegation in the ongoing campaign.