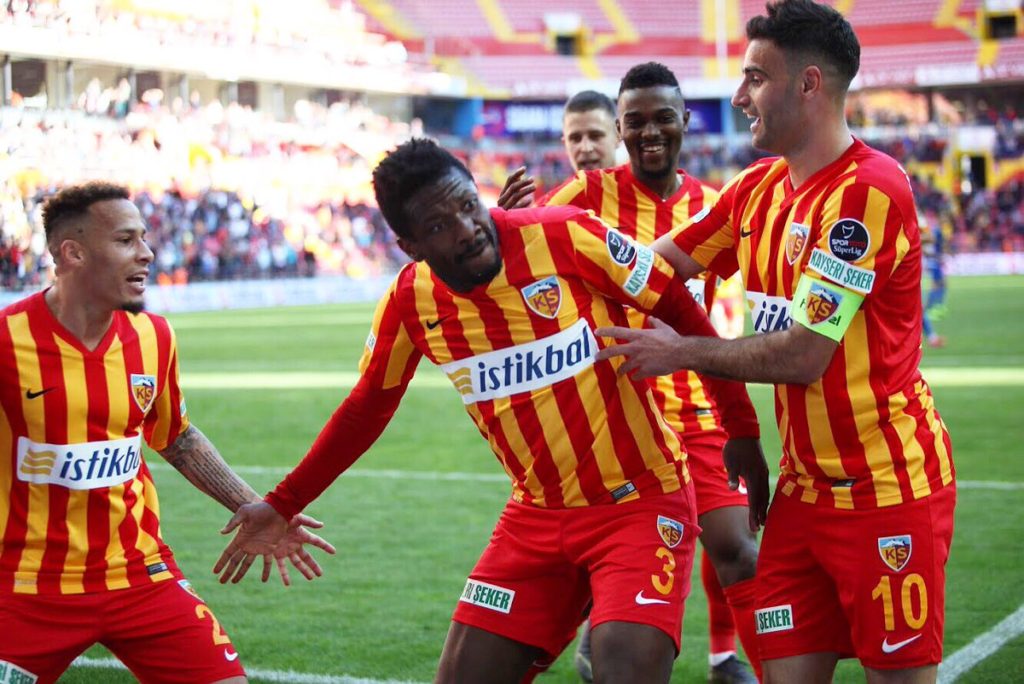 Kayserispor president Erol Bedir has hinted Asamoah Gyan's contract could be extended in the summer as they aim to bolster the squad ahead of next season.

Gyan joined the Blood and Gold outfit on a two-year contract with the option to extend for one year during the 2017 transfer window.

But injury has blighted the 33-year-old forward's time at the Kayseri-based side, making only 35 appearances in almost two season.

Speculation intensified last year that the club will not take up the option of extending his deal after the former Sunderland striker suffered another injury setback.

However, after proving his fitness in the past few months, reports from the team's camp suggest the club are ready to activate the one year option.

The reports have been fueled following a hint from the club's president about keeping the Ghanaian beyond this summer.

"Kayserispor'u move to move up to move higher. We have already done many. Now that we have completed two players to say," No, dear, not so much. "We have transfers, we have to do," he said.

Gyan emerged from the bench to score a brace to rescue a win for the side over the weekend as they came from behind to beat Kasimpasa 2-1.

He has netted five goals in sixteen matches in all competitions in the ongoing season.