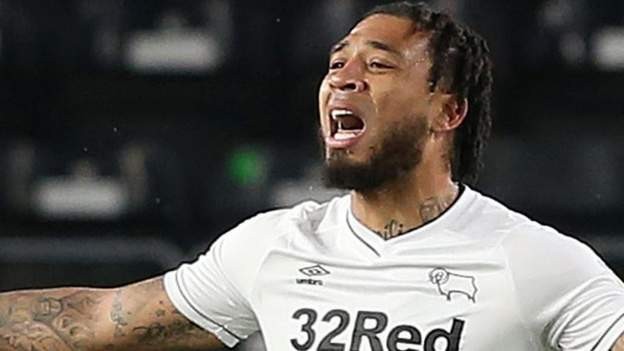 Derby County striker Colin Kazim-Richards has signed a new contract tying him to Wayne Rooney's Rams for the 2021-22 season.

The 34-year-old Turkey international was signed on a one-season deal as a free agent by then Rams boss Philip Cocu on 15 October.

Cocu left a month later, but Kazim-Richards has since scored six times under Rooney to become top scorer.

"Colin deserves to be with us for another year," said Rooney.

"His performances have been excellent. His character and leadership in the dressing room has been infectious and it was important that we tied him down for another year as quick as possible.

"I know and understand players have different qualities and they are all different characters. Colin has been great in the sense that he has become a real leader for us."

Kazim-Richards, who began his career with Bury in 2004, has played in Turkey, France, Greece, Holland, Scotland, Brazil and Mexico, as well as for Brighton, Sheffield United and Blackburn Rovers in England.