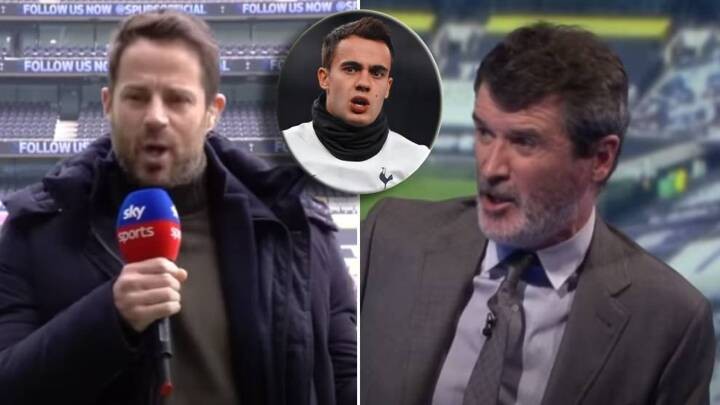 Roy Keane was involved in another fiery argument on Sunday, this time with Jamie Redknapp, as the pair clashed over their respective perceptions of Tottenham's current side.

The former Manchester United captain insisted that Tottenham had plenty of room for improvement, and claimed that a few of Burnley's players would walk into Jose Mourinho's XI.

"Definitely their goalkeeper and two centre-halves are better than what Spurs have, and probably even the two lads in midfield," Keane said on Sky Sports.

"Tottenham have got so many average players.

"We talk about the pressure Spurs are under to get in the top four but if you take Kane and Son out of that team they are average."

Redknapp attempted to compromise with Keane, although he disagreed about Sergio Reguilon being among those 'average' players.

"I think the goalkeeper [Lloris] is not good enough, I don't trust [Serge] Aurier or [Matt] Doherty. But Reguilon is as good a left-back as there is in the country so I think you've got that wrong," Redknapp said.

However, Keane posed that if the Spaniard was as good as the former Spurs player claimed, then Real Madrid wouldn't have been willing to sell him last summer.

"Does that matter?" he replied. "Just because Real Madrid let him go that doesn't make him a good player?