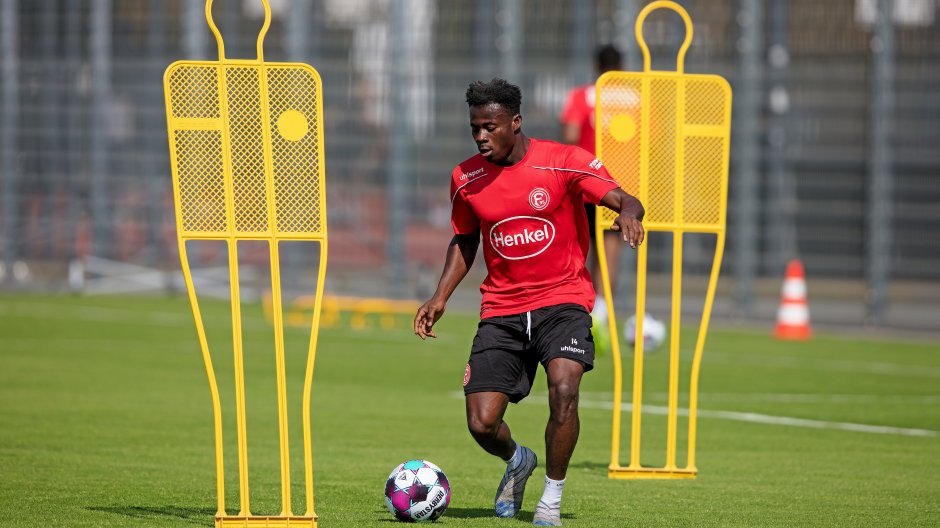 Ghanaian winger Kelvin Ofori has began training with Fortuna Dusseldorf ahead of the start of next season.

The teen sensation worked with an individual trainer as he works his way into manager Uwe Rosler's first team.

Rosler is believed to be interested in handing the 18-year old more playing time after impressing in the last few games of last season.

Fortuna Dusseldorf suffered demotion on the final day of the Bundesliga season.

But Uwe Rosler is building a team capable of securing a quick return to the topflight, with Kelvin Ofori a key part of his plan.