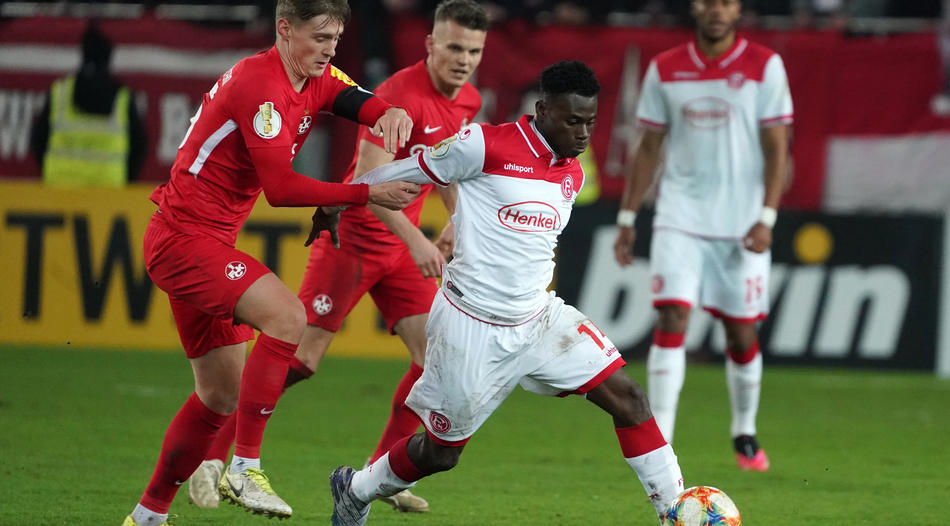 Ghanaian youngster Kelvin Ofori made his second Bundesliga appearance as Fortuna Dusseldorf were held to a 2-2 draw at home by TSG Hoffenheim.

The teenager climbed off the bench to play a vital role as the Flingeraners came from behind to secure a point.

Ofori replaced Valon Berisha in the 66 minute with Dusseldorf 2-1 down.

However after a spell of dominance by the home side, Fortuna Dusseldorf were awarded a penalty in the 76th minute which was converted by Rouwen Hennings.

Hennings had earlier given Dusseldorf the lead in the first half before goals from Munas Dabbur and Steve Zuber put the visitors ahead.

The draw keeps Fortuna Dusseldorf in the relegation zone on 16th position.