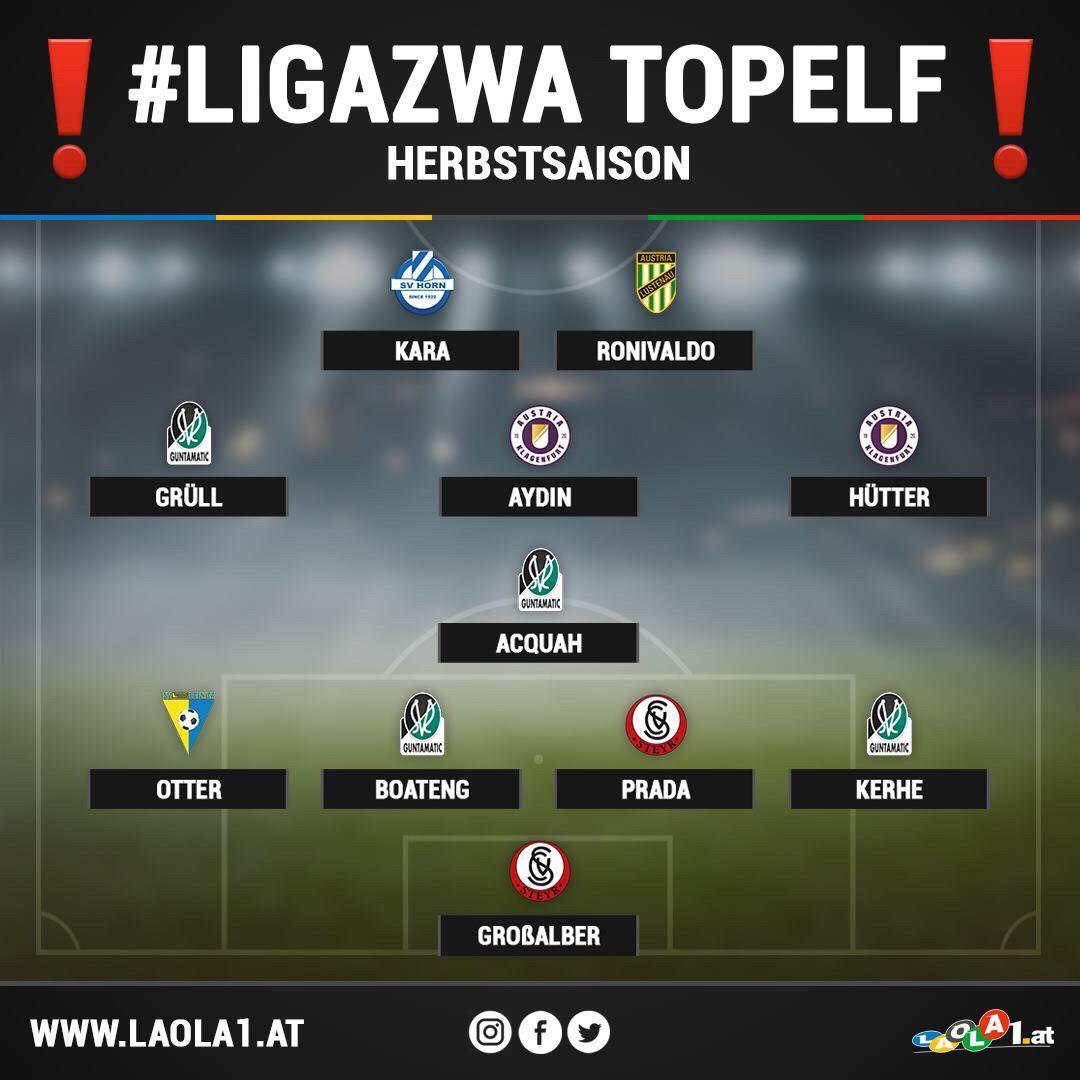 SV Ried Ghanaian duo Kennedy Boateng and Reuben Acquah have been named in the Austrian second-tier best XI for the first half of the season.

Boateng, a centre back, has had a good campaign so far by scoring one goal in 12 league appearances including ten starts.

The 23-year-old former WAFA SC player was recently awarded as the second best player in the LASK region of Austria.

Acquah, 23, was chosen as the best defensive midfielder for the first round after making ten appearances.