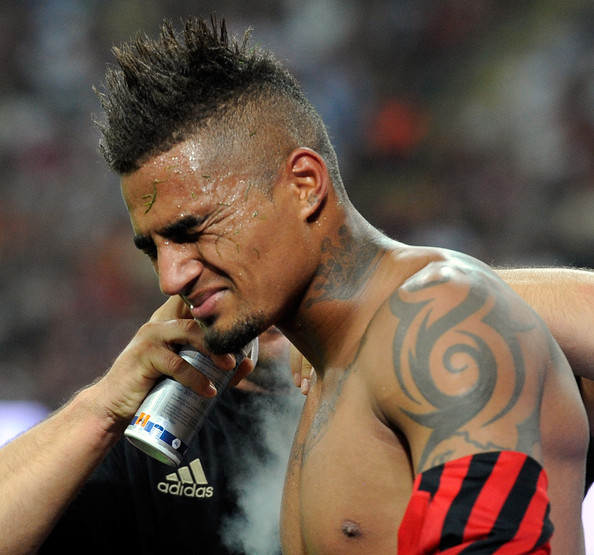 AC Milan midfielder Kevin-Prince Boateng feels he and his team-mates have lifted the mood of the club with a 2-2 draw with Barcelona at the Camp Nou on Tuesday night.

The 24-year-old enforcer recovered from a shoulder injury to play 34 minutes in a game that Milan scored two dramatic goals to draw 2-2.

Brazilian star Alexandre Pato scored within just one minute but goals from Pedro and David Villa gave Barcelona a 2-1 lead before Thiago Silva headed home in the nick of time to hand Massimilamo Allegri's a previous away point.

Boateng who aggravated his shoulder injury just 34 minutes into the game expressed delight with Milan's performance.

He tweeted moments after the game: "It was a good result for Milan tonight. Itâ€™s for all our Rossioneri fans that made the trip. Milan is strong."