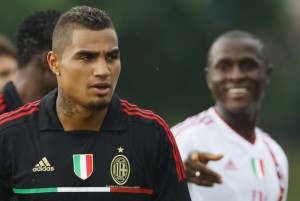 Cassano, 29, has been linked with a move away from the San Siro with Fiorentina emerging as the likely destination for the striker.

But Boateng feels Cassano is a priceless asset on and off the pitch for the Rossoneris and hopes the player will be persuaded to remain with the European giants.

"Of course, in the dressing room he makes us laugh and sometimes he gets you angry, but he does not do this on purpose. It's part of his character and you cannot change this. The club knows what he is about if they keep him," he added.

Boateng scored the winner for Milan in a 2-1 victory over Inter in the Italian Super Cup finals.