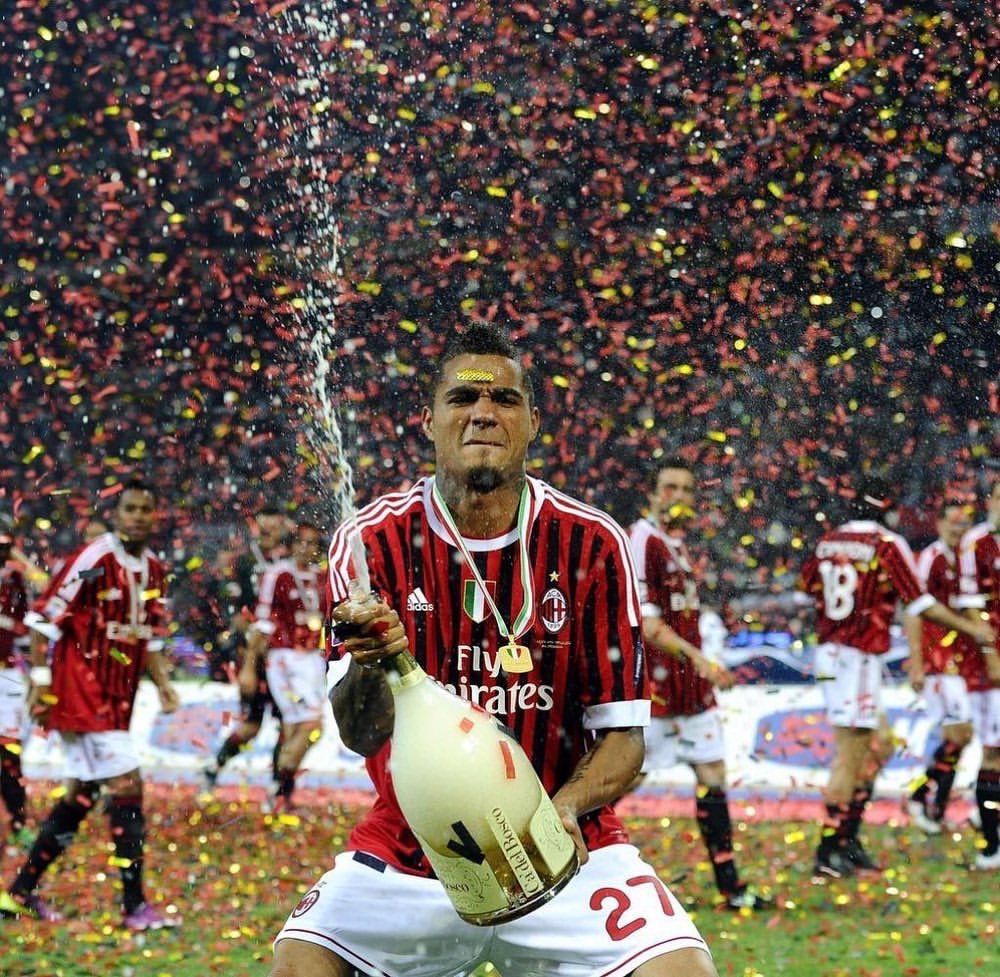 Ghana forward Kevin Prince Boateng has claimed that AC Milan can clinch the Serie A title.

The Rossoneri are the strongest team in the Italian top-flight this season having collected 23 points from 9 games.

Stefan Pioli’s men are leading the pack with five points.

Boateng, who represented the Diavolo in two stints, believes his former side have the requisite requirements to finish the season with the title.

He however stated that the current team cannot be compared with this Milan side.

“We had plenty of champions: Ibra, Robinho, [Clarence] Seedorf, [Andrea] Pirlo, [Gennaro] Gattuso, Thiago [Silva]. Even when we didn’t play our best game, we thought one of them would make us win. Opponents feared us,” Boateng told Repubblicanewspaper.

“I see a team today and it’s something I hadn’t witnessed for long time,” he continued.

“Everyone’s helping each other, there are positive behaviours, opponents fear them as a team.”

“If you see Ibra celebrating from the stands, it means that the spirit is there. They can really win the Scudetto. Milan play the best football in Italy also with players who are not known. For example, I didn’t know who [Alexis] Saelemaekers was, but he played a perfect match against Fiorentina.”

“Pioli created a group and if you take the best out of your players you are a great coach. However, it would all change if fans would be allowed into the stadiums.”

“Playing at San Siro is heavy, you must have personality. Players will little personality feel freer without fans.”