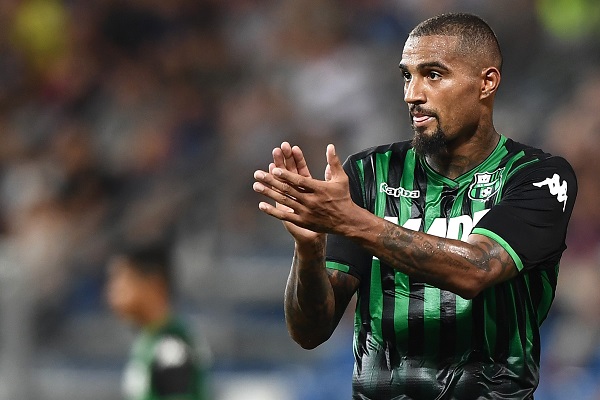 Ghana forward Kevin-Prince Boateng has bid an emotional farewell to US Sassuolo after completing a move to AC Fiorentina in the ongoing transfer window.

The 32-year-old enjoyed a stellar six months at Sassuolo last term after joining as a free-agent from German side Eintracht Frankfurt.

Boateng left the Neroverdi to join FC Barcelona on loan during the January transfer window but failed to glitter.

The Ghana international returned to the Mapei Stadium after the loan spell but was told to look for a new club after coach Roberto De Zerbi made it clear to him that he is not in his plans ahead of the upcoming campaign.

Boateng left the club to join AC Fiorentina on a two-year deal worth €1 million.

The former AC Milan and Tottenham attacker took to his Instagram page to bid farewell to Sassuolo after completing the move in Wednesday.

"It ends today with a wonderful experience. I want to thank all my friends and companions, all the people who work every day to make this company really special. I thank Giorgio Squinzi and his wife Adriana, the CEO Giovanni Carnevali and the DS Giovanni Rossi for their availability and professionalism.”

“Thanks to Mister De Zerbi, it was a privilege to work together with a great coach like him, with whom I created an indelible relationship that goes beyond football.”

“Finally I want to thank all the fans #neroverdi for the affection received, I will take you forever with me! Sassuolo Calcio.”