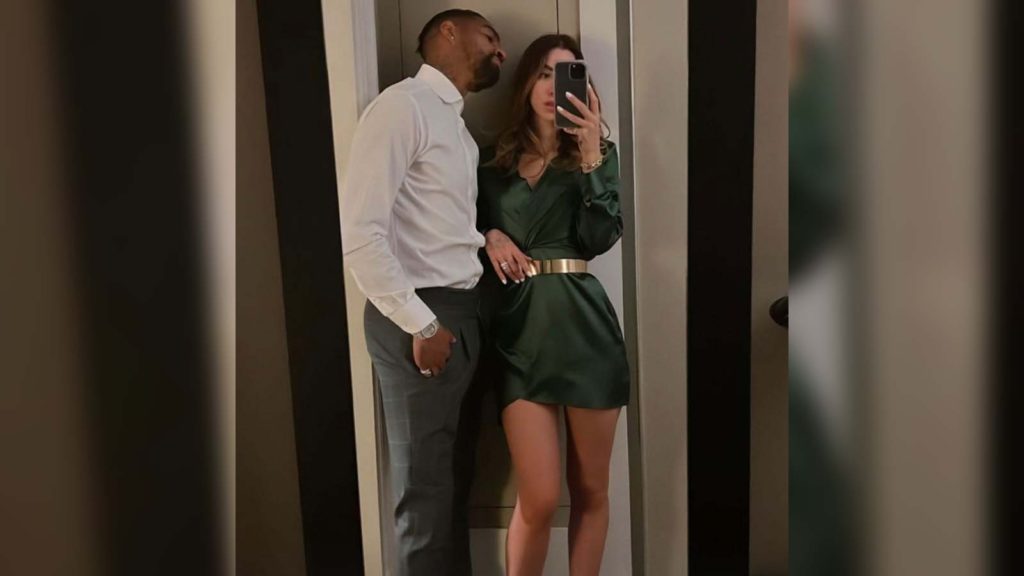 Ghanaian footballer Kevin-Prince Boateng is said to be expecting his first child with his stunning Italian model wife Valentina Fradegrada.

The couple, who got married in June, are expecting a child, according to several media reports in Germany and Italy.

It would be Boateng's third child. He had two children from his previous two marriages to Melissa Satta and Jennifer Boateng.

Boateng took her first step back in December, asking for Fradegrada's hand after a few months of engagements.

The union was celebrated on June 11 in Radicondoli, in the hills of Siena's province.

The fact that the same event was also held in the metaverse, with many tickets sold out, caused quite a stir.

For the woman, this would be the first child, while, as already mentioned above, for the player of Herta Berlin the third.

The couple seems to be close-knit and the two would have wanted to form a large family with many children right from the start.

The wish that comes naturally is that perhaps, in this case, their history will be more lasting than Boateng's previous ones.

Meanwhile, Boateng has decided to retire at the end of this season.