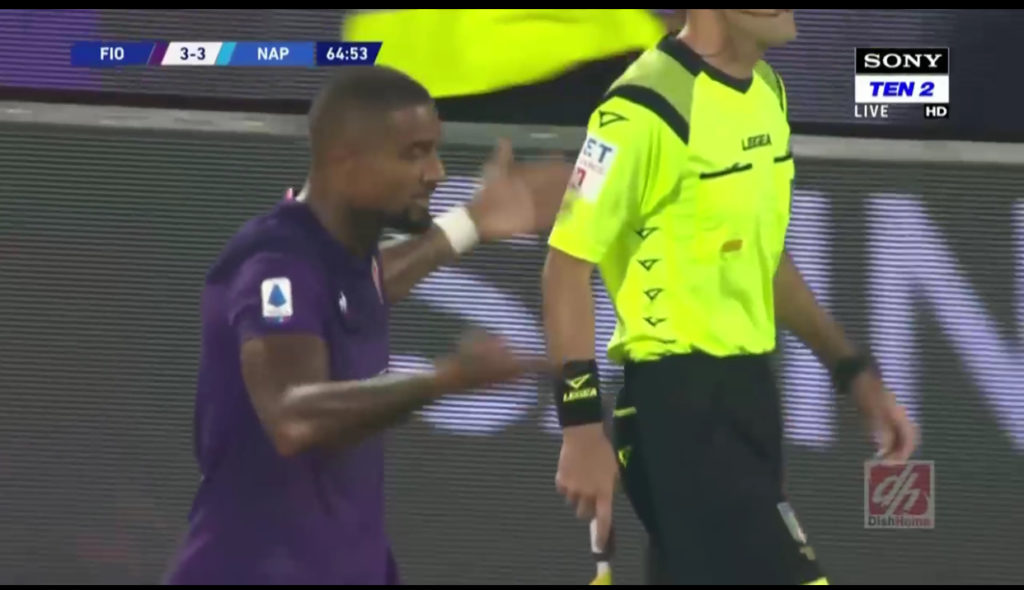 Ghana forward Kevin-Prince Boateng came off the bench to score his first competitive goal for ACF Fiorentina in a thrilling 4-3 loss against SS Napoli in the Italian Serie A opener on Saturday evening.

The Viola started the match brightly and were put ahead by midfielder Erick Pulgar with just 9 minutes on the clock.

Napoli got their equaliser out of nowhere, as Dries Mertens controlled with his back to goal, turned German Pezzella and curled a stunner into the far top corner from the edge of the area.

Lorenzo Insigne handed the visitors a deserved lead just before half time from 12 yards.

Fiorentina came back strongly in the second stanza before leveling the scores through Nikola Milenkovic. The defender soared above the crowd for a powerful downward header to equalise.

Just as they were pouring forward, Napoli restored their advantage instead. Insigne spotted Callejon’s run down the right and rolled it across for the Spaniard’s precise snooker shot into the far bottom corner.

In the 61st minute, Kevin-Prince Boateng came on Dusan Vlahovic and practically scored with his first touch to make it 3-3 for the hosts.

Napoli hit back again for 4-3 moments later, as Dries Mertens found Callejon at the back post to knock it back for Insigne’s header from six yards.

Boateng picked a booking in the 93rd minute of the games.