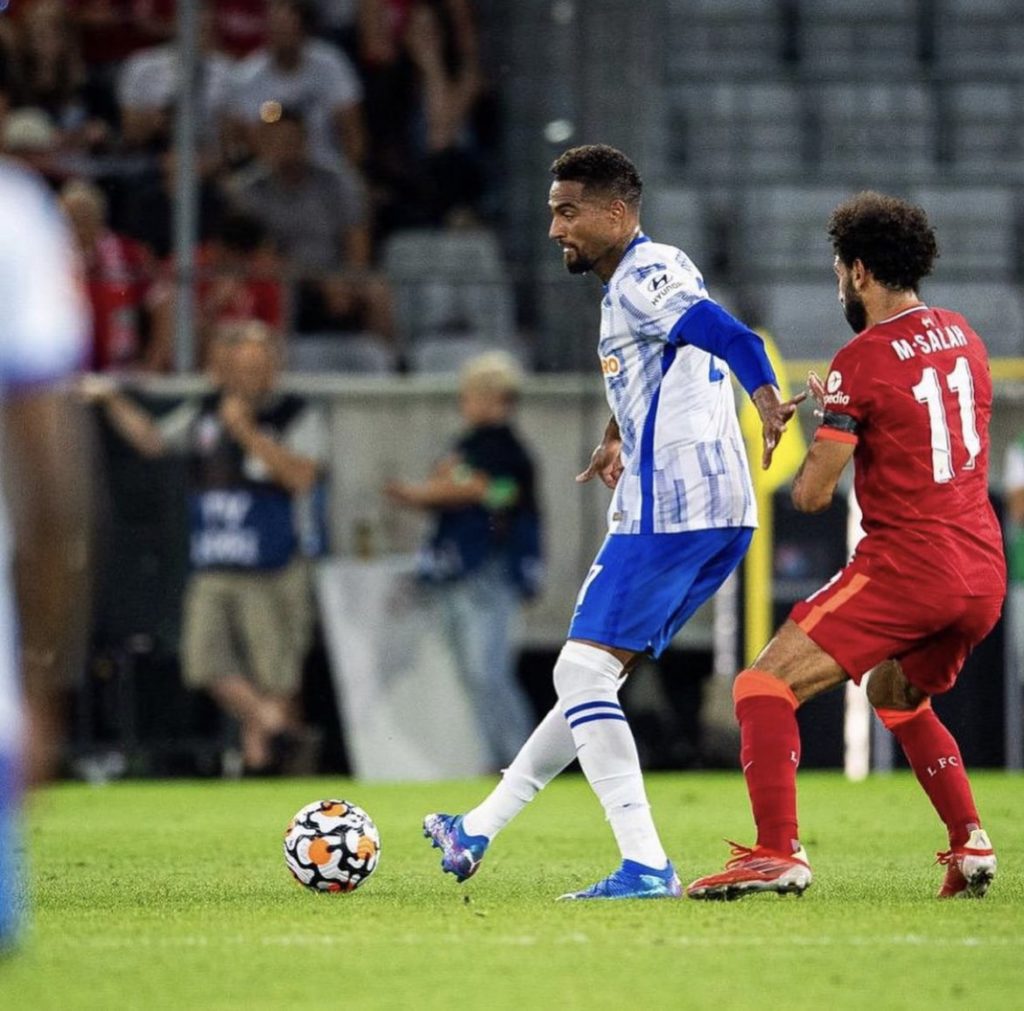 The 34-year-old featured as the Bundesliga outfit defeated the English giants 4-3 at the Tivoli Stadion Tirol in Austria.

Takumi Minamino then leveled for Liverpool with three minutes to half time.

However, a second half brace from Stefan Jovetic put the game beyond Liverpool despite Alex Oxlade-Chamberlain late consolation.

Hertha Berlin will next play Gazientep before the start of the Bundesliga next month.

The experienced forward returned his boyhood club in the summer transfer window after his contract with AC Monza expired.

He is expected to play a pivotal role in the young Hertha Berlin team in the upcoming season.