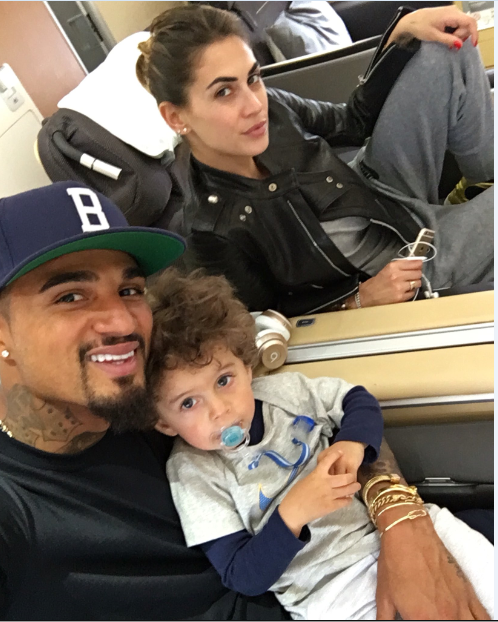 Kevin-Prince Boateng has revealed his family played a key role in his decision to join Fiorentina from Sassuolo.

Boateng had offers from Germany with his former club Eintracht Frankfurt showing great interest but he decided to stay in Italy by signing for Fiorentina because of his wife and son.

He signed a two-year deal with Serie A worth 1 million euros last month.

“I had offers from Germany, then Fiorentina called me and they convinced me with right and important words. And I did it also for my wife and my child, sacrifices are made for the family, I love Italy and I love to eat, I know we eat well here," Boateng revealed.

The 32-year-old recently reunited with his wife Melissa Satta after a brief split.

Kevin and Melissa met in 2011 thanks to mutual friends. In 2014 they became parents of little Maddox and in 2016, with a romantic ceremony in Sardinia, they became husband and wife.