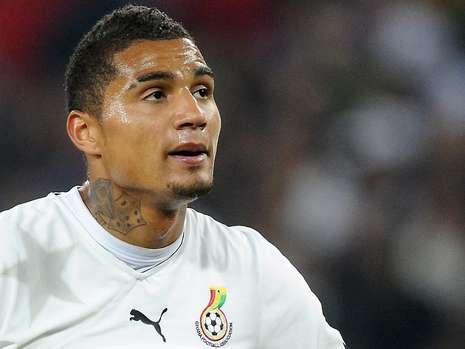 Kevin Prince Boateng revealed his real intentions for quitting Ghana, insisting AC Milan is more important to him than the Black Stars.

His revelation is bound to further infuriate Ghanaians as many think he used the Black Stars to further his career and dumped the country.

The German-born player shocked Ghanaians by quitting the Black Stars last month claiming injuries are taking a toll on his career.

But now the player, whose career was going nowhere when he switched nationality to play for the Black Stars insists he is just desperate to play for just AC Milan.

"In my life I've had six knee operations and many injuries. I arrived at Milan and I am playing here for great things as the league and Champions League. I want to be on top for Milan, " Boateng told AC Milan's official TV station.

The German-born player whose father is from Ghana also revealed that even his own family has criticized his decision.

Boateng played only two matches for the Black Stars after the 2010 Fifa World Cup finals in South Africa.

He scored one goal in seven competitive matches for Ghana.