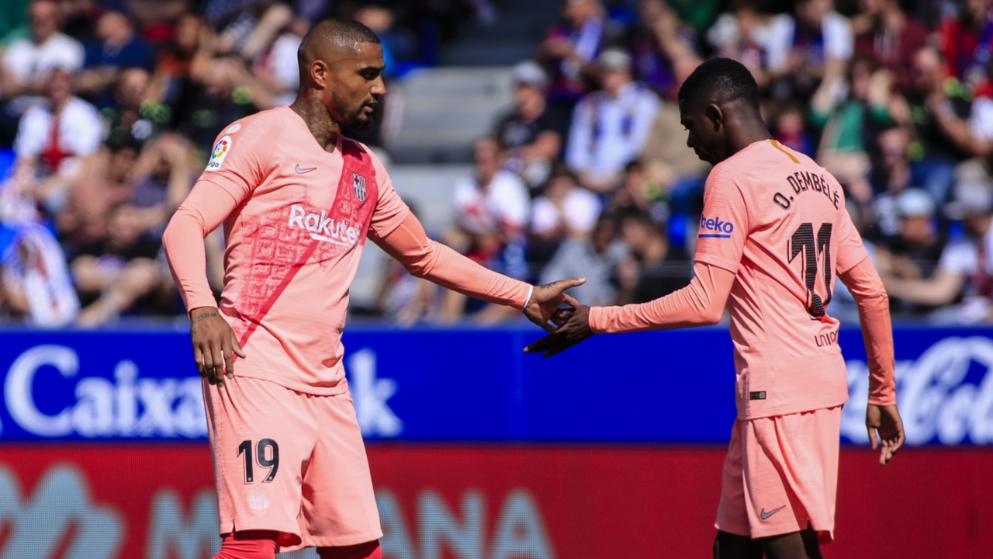 Ghana forward Kevin-Prince Boateng has given a damning assessment of former Barcelona team-mate Ousmane Dembele by describing the French winger as a ‘small child’ who lacks guidance.

Boateng shared the dressing room with Dembele during his six-month loan stint at Barcelona.

Speaking with Sport Bild, Boateng feels the 22-year-old, who joined the club for £136million from Borussia Dortmund in 2017, is ‘still a small child thrown into this huge group, into a giant pool.’

"Dembele is like a small child thrown into a giant pool," Boateng admitted in an interview with Sport Bild.

"He earns a lot of money, everything he does is public, he needs to be guided in the right direction, but if he doesn't learn then that's his fault.

"He cost 150 million euros but doesn't even know how everything works yet. He just wants to play football."

"The problem, and it's not just with Dembele, is that they receive too much money," he explained.

"It can't be than an 18-year-old man earns a net salary of four million euros a year.

"Yet, if he does, then that money must be invested immediately so he sees as little of it as possible."

Boateng left Barcelona at the end of his loan spell and joined Italian side ACF Fiorentina on a two-year deal this summer.